Ilhan Omar is a classic example of the hypocritical marriage of the ideologies Marxism and Islam. The two totalitarian ideologies unite for one purpose: The destruction of America’s Founding heritage and traditional American values derived from Biblical Christianity. I am not the only one realizing this Red-Green Axis infamy against true Americans:

The point of the above info is this Red-Green Axis has been a united front against America for quite a while. Below is a cross post of a Daniel Greenfield exposé of Ilhan Omar a cog in the Dem-Marxist-Islamist to destroy the America of the Founding Fathers.

Or support by getting in the Coffee from home business –

BLOG EDITOR (In Fascistbook jail since 1/20/20): I’ve apparently been placed in restricted Facebook Jail! The restriction was relegated after criticizing Democrats for supporting abortion in one post and criticizing Virginia Dems for gun-grabbing legislation and levying protester restrictions. Rather than capitulate to Facebook censorship by abandoning the platform, I choose to post and share until the Leftist censors ban me completely. Conservatives are a huge portion of Facebook. If more or all Conservatives are banned, it will affect the Facebook advertising revenue paradigm. SO FIGHT CENSORSHIP BY SHARE – SHARE – SHARE!!! Facebook notified me in pop-up on 1/20/20: “You’re temporarily restricted from joining and posting to groups that you do not manage until April 18 at 7:04 PM.”

The Book Ilhan Omar Doesn’t Want You to Read

A review of ‘American Ingrate: Ilhan Omar and the Progressive-Islamist Takeover of the Democratic Party.’ 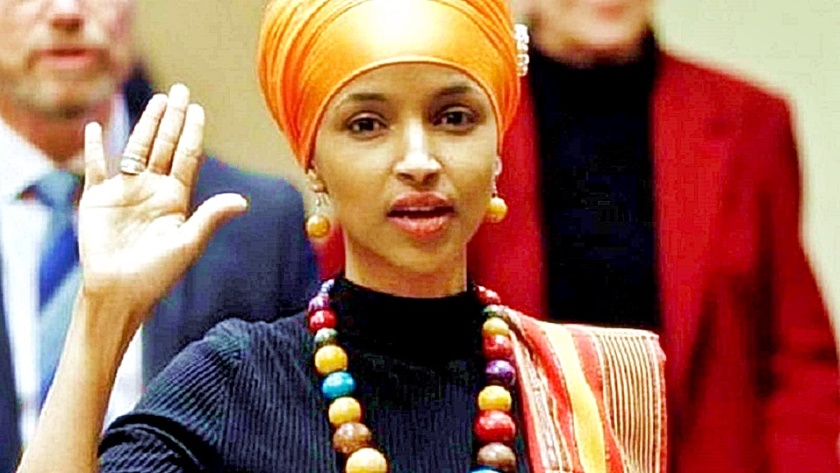 Daniel Greenfield, a Shillman Journalism Fellow at the Freedom Center, is an investigative journalist and writer focusing on the radical Left and Islamic terrorism.

“A right-wing extremist just dedicated a racist, Islamophobic book to bashing Ilhan,” the Ilhan for Congress fundraising email read. And then asked donors for $5 or $100 because the book might “turn more people away from bold progressive ideas, and incite violence against her.”

The book is American Ingrate: Ilhan Omar and the Progressive-Islamist Takeover of the Democratic Party. And in it, Benjamin Weingarten, has written a damning indictment of Omar and her allies.

The fundraising letter’s claims that it incites violence and that it’s racist are false. But American Ingrate might very well make people question some of those “bold progressive ideas”, because Weingarten’s scope goes beyond a grifter from Minnesota trailing accusations of infidelity and even incest through her twisted political career, while romancing her fundraising strategist. They go to the very question of how someone like Omar, with all her issues, personal and ideological, was able to rise so high.

On a personal level, it’s understandable why Omar wouldn’t want anyone reading, American Ingrate. Her own memoir, This Is What America Looks Like is due out in the spring. And after a series of stories digging into her past, her alleged marriage to her brother, her infidelity to her ex-husband, and her campaign finance issues, not to mention the torrent of anti-Semitism coming from her on Twitter, the Islamist politician would like to change the subject and get back to enjoying some positive publicity.

But American Ingrate is more about the political environment that made Omar possible.

Omar’s upcoming memoir is mistitled. Her arrogance, disdain for America, bigotry, and embrace of conspiracy theories is not what America looks like. But it is what the Democrat Party looks like.

American Ingrate is not just an examination of Omar’s scandals, but of the Democrat scandal.

Beginning with her privileged background in Somalia, Weingarten explores Omar’s personality through the lens of her ideology. He charts the mix of Islamism and Marxism of her background, and how it prepared her for her role in the post-9/11 Democrat Party. He describes her rise as “Obamaesque” and, indeed, the parallels are obvious. Both Omar and Obama share deliberately obscured backgrounds, familial hatred for America and embrace of radical politics. And these two elements, the lack of background information and a background built on hatred for this country, are intertwined. Omar and Obama both had to disguise their anti-American roots to realize their American political ambitions.

Obama and Omar both redefined their anti-American identities as quintessentially American. Omar’s upcoming memoir is her own attempt at repeating the trick Obama had pulled with Dreams From My Father. As American Ingrate notes, Omar is ambitious and aggressive in seeking higher office. It is unlikely that she intends to climb no higher than the House of Representatives in Washington D.C.

Her aggressive fundraising in response to American Ingrate and her biography highlight a politician, who faces few real political challenges at home, but is building a machine intended to elevate her further.

“There has never been a U.S. representative so perfectly positioned at the intersection of these two ideologies aimed at undermining our country, who has garnered such widespread support, not only from her Squad but from the Congressional Progressive Caucus (CPC) and the Democratic Party itself.”

Anti-Semitism is, in some ways, incidental to this alliance. And yet in other ways it’s the litmus test. It’s often been said that Jews are the canary in the coal mine. Anti-Semitism signals the death of a civil society and the rise of a totalitarian order. The perpetrators often use anti-Semitism because it’s easy. The Jews are a wedge issue for an escalating series of attacks on a society’s norms of decency.

Omar’s anti-Semitism isn’t just about Jews. Like most Islamists, she violates the norms of bigotry both to show that the Jews are defenseless, in much the same way that the Nazis did in Germany, but also, because successfully violating them sets the stage for further violations. Similarly, her attacks on America, her dismissal of 9/11, are an escalated version of the same pattern of ideological warfare.

Once the Democrats began defending her, they became complicit in her future offenses. And then it was too late for them to stop. Every time she escalated her hateful rhetoric, they had to go on covering for her. It was either or admit that they had been wrong to defend a politician who really is a bigot.

Islamic anti-Semitism and leftist anti-Semitism, Weingarten notes, represent a bridge between Islam and the Left. The fusion of the two, which he traces back to the KGB and Edward Said’s Orientalism, transformed racism into anti-racism, and imperialism into anti-imperialism, reversing western morality.

Despite her own privileged background, Omar’s status as a minority woman allowed her to legitimize anti-Semitism by reducing it to power relationships. The Left insists that real racism can only be directed by those who have more power at those who have less power. But every racist movement insists that the people it hates have too much power. Even if it has to rewrite reality and truth to make that claim.

The Left’s insistence that real racism can only be a function of power relationships legitimizes racism. Its insistence on determining which races really have power and which don’t is a classic racist strategy.

Omar is one of the most recognizable figures in the country. Yet she insists that she’s the victim. In her fundraising email, her campaign claims that she risks being “drowned out by the smears and conspiracy theories.” But her upcoming memoir is being put out by one of the world’s largest publishing companies. It’s already being promoted by the mainstream media though it’s a long way from being out.

American Ingrate, a critical look at Omar, is unlikely to be reviewed by any major media outlet.

Who then has the real power?

In American Ingrate, Weingarten asks that, “Rep. Omar be held to the same standard of scrutiny as every other politician.” But the function of identity politics is the obliteration of equal standards.

As long as Omar insists that she’s the victim, she can never be held to the same standard.

Victimhood creates multiple tiers, whether through a formal caste system such as intersectionality or the informal one of guilt and rage, and lefties and Islamists both excel at exploiting this system.

That is why Omar reacted to the publication of American Ingrate with false claims of victimhood.

Being a victim means never being held accountable. It also allows Omar to use crybullying tactics in an effort to intimidate and silence journalists like Weingarten, David Steinberg, who did much of the original investigating of Omar, or Scott Johnson and John Hinderaker of PowerLine, and many others.

And it is. Not because, as Omar falsely claims, it incites violence, but because it exposes the ideological roots of her hatred for America. That’s why Omar doesn’t want you or anyone else to read it.

BLOG EDITOR (In Fascistbook jail since 1/20/20): I’ve apparently been placed in restricted Facebook Jail! The restriction was relegated after criticizing Democrats for supporting abortion in one post and criticizing Virginia Dems for gun-grabbing legislation and levying protester restrictions. Rather than capitulate to Facebook censorship by abandoning the platform, I choose to post and share until the Leftist censors ban me completely. Conservatives are a huge portion of Facebook. If more or all Conservatives are banned, it will affect the Facebook advertising revenue paradigm. SO FIGHT CENSORSHIP BY SHARE – SHARE – SHARE!!! Facebook notified me in pop-up on 1/20/20: “You’re temporarily restricted from joining and posting to groups that you do not manage until April 18 at 7:04 PM.”

The Book Ilhan Omar Doesn’t Want You to Read