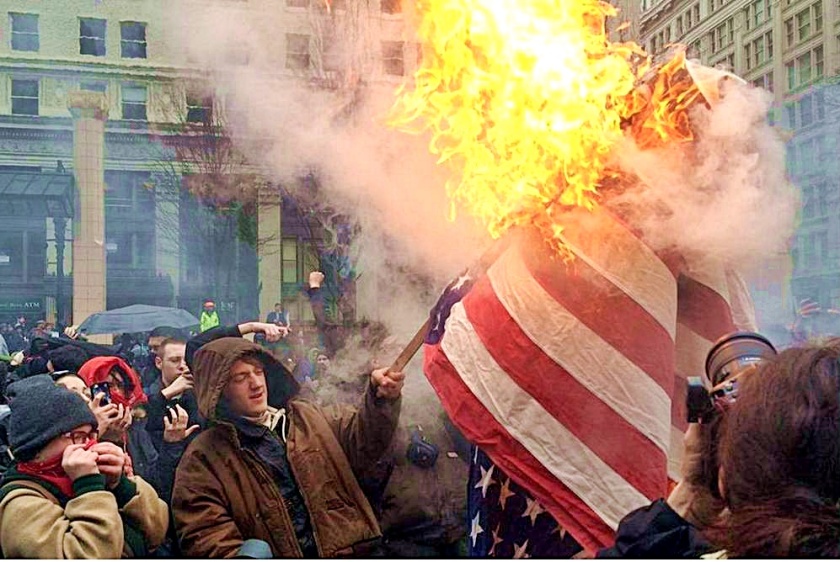 Samuel Culper [bio in Forward Observer Mission Statement] has made three videos about an “Imminent Second USA American Civil War”. Culper’s videos originate on his blog the Forward Observer. However, I discovered via email alerts from Conservative, Right Wing News. And so the CRWN route is how I’m going to proceed in this cross post.

In the first video Culper asserts that civil war is in operation – NOW. He points out this civil war has not broken into conventional warfare, BUT the American Left is engaging the Right with misinformation, lies, calling ALL Conservatives extremists to brainwash the everyday American, destroy freedom, use lawfare strategies to bankrupt Conservatives and so on. The Leftist aim is to win the war without going to war.

I am uncertain if Culper views these scenarios evolving progressively or in sporadic simultaneous movements across the nation.

The third video is predictive in nature but with the caveat there is no certainty in predictions. Culper uses Sir John Glubb’s book on “The Fate of Empires” as the predictive paradigm. Culper views America’s westward expansion as empire building and so there is an American Empire. My personal objection to the concept of empire by conquest is at least since 1865, the USA was involved in foreign wars by conquest was never the objective. The Spanish American War resulted in territorial acquisition but when the people in those acquisitions chose self-determination, independence was granted without conflict. Cuba and the Philippines come to mind. Puerto Rico has been offered independence or statehood several times, but to date Puerto Rican voters have opted to remain a U.S. Territory.

The point Culper makes about the USA is its time as a world power has an expiration date. The allusion is the American Left/Right conflict that may deteriorate into balkanized conflict will be the demise of the America as we know it.

Trust me, I have done little justices to Culper’s envisioning of a Second American Civil War. You should watch to form your own opinion. Also the third video ends somewhat open ended with the implication Culper has more to add on the subject on future short talk videos.

Here are the links to the Conservative, Right Wing News cross posts:

I am cross posting all three videos from the Youtube embedded titles below.

In this video, intelligence analyst and Iraq/Afghanistan war veteran Samuel Culper breaks down a different way to look at “Civil War 2.”

In this video, intelligence analyst and Iraq/Afghanistan war veteran Samuel Culper breaks down some alternative scenarios to “civil war.”

In this video, intelligence analyst and Iraq/Afghanistan war veteran Samuel Culper breaks down another reason to expect Balknization [sic] of the U.S., and two ways to begin looking at strengths and weaknesses of competing sides of a conflict.