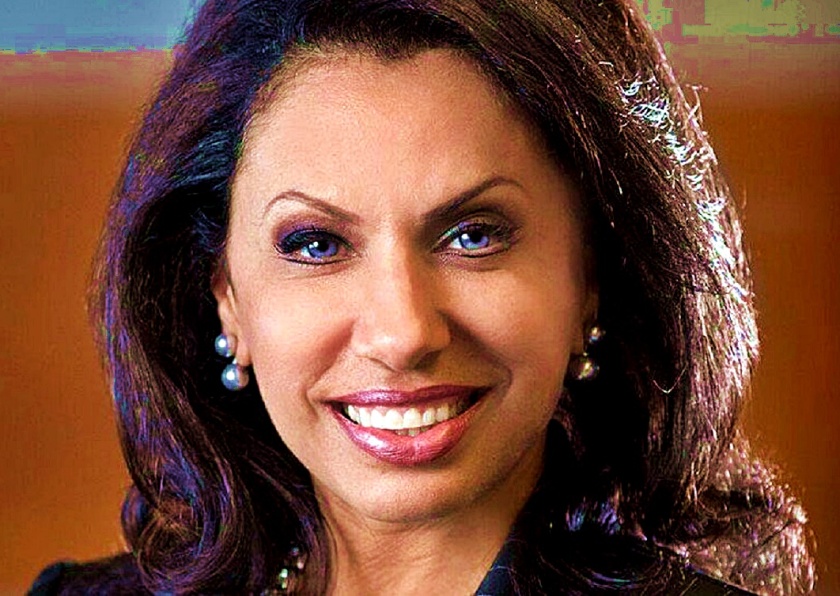 VIDEO: Why are we still funding the UN?

Posted by ACT for America

Brigitte Gabriel calls out the UN for interfering with American sovereignty. Get involved with ACT for America at www.actforamerica.org.

I found a comment from Maidservant Huldah that was posted according to a comment I made to a Danny Jeffrey article entitled, “IF THIS DOESN’T ROCK AMERICA, NOTHING WILL”. Huldah’s comment was posted via G+ so will not be found on the Freedom Rings 1776 blog Danny posted. My comment was:

Danny there is nothing to disagree with in the post “If this doesn’t Rock America, Nothing Will”. I am just thinking the Islamic Caliphate movement as a Leftist ally could turn ugly for Leftists. One or the other will use the tool of genocide to seal their deal. If the Leftist-Caliphate team succeeds in global domination, I am certain a bloody struggle would follow.

You should read Danny Jeffrey’s essay, it was awesome! Huldah’s comment though has little relation to the message Danny was delivering. Nonetheless, Huldah’s comment is of significant interest. Huldah writes about the problems that will occur if the USA signs onto a United Nations treaty. The treaty is the United Nations Convention on the Rights of the Child (UNCRC). The title sounds good and altruistic but the reality is the UNCRC interferes on how parents choose to raise their children AND it infringes on America’s sovereignty by overruling the law of the land through the People validated U.S. Constitution.

The made the title for the cross post below. Huldah did not really have a title. Here is Huldah’s concerns.

DID YOU KNOW…There is another back door move to disarm law abiding American citizens through your children and a treaty with the UN?

FACT: America is only one of two nations that have not signed this treaty, but the pressure is on.

FACT: Under international law, the treaty overrides the Constitution of the United States.

FACT: If ratified the UNCRC could end homeschooling forever in the US.

FACT: The state will have the right to “watch” all families.

Imagine an Air Force mom, serving her country on a month-long deployment, who learns that her daughter has been secretly removed by local authorities, claiming the child has been “abandoned.” Children begin mandatory sex-education at the age of four, regardless of their family’s opinions, beliefs, or convictions, and parents are imprisoned if their children fail to receive any of their mandatory vaccinations. Parents live in a state of constant supervision and suspicion.

Imagine if your national government had the audacity to appoint a “guardian” to monitor your child from birth, charged with the legal responsibility to evaluate your decisions as a parent and armed with the legal authority to “intervene, prevent or rectify” any violations of your child’s rights. Public and private schools alike are policed by the national government, and classes begin with singing about the principles of peace, tolerance, and the United Nations. Your child’s confidential medical records, stored in a nation-wide electronic register from birth until age twenty, can be accessed at any time, without your knowledge, by any physician, teacher, or government social worker in the nation.

Now stop imagining, because for parents in the 193 countries that have ratified the United Nations’ Convention on the Rights of the Child, each of these scenarios is true.

Ten things you need to know about the substance of the CRC “Convention on the rights of the child”:

Children would have the ability to choose their own religion while parents would only have the authority to give their children advice about religion.

The best interest of the child principle would give the government the ability to override every decision made by every parent if a government worker disagreed with the parent’s decision.

A child’s “right to be heard” would allow him (or her) to seek governmental review of every parental decision with which the child disagreed.

According to existing interpretation, it would be illegal for a nation to spend more on national defense than it does on children’s welfare.

Children would acquire a legally enforceable right to leisure.

Christian schools that refuse to teach “alternative worldviews” and teach that Christianity is the only true religion “fly in the face of article 29” of the treaty.

Allowing parents to opt their children out of sex education has been held to be out of compliance with the CRC.

Children would have the right to reproductive health information and services, including abortions, without parental knowledge or consent.

Parents would no longer be able to administer reasonable spankings to their children.

A murderer aged 17 years and 11 months and 29 days at the time of his crime could no longer be sentenced to life in prison.

WHAT YOU CAN DO:

Other ways to help:

A friend of mine on the Ning social network America Conservative 2 Conservative (AC2C) sent an email basically using the exact wording of a post that was read about the United Nations sending troops of foreign to America origin to the East Coast as an invasion. That piqued my interest and so here is that email:

Subject: I’m not sure about this…BUT just in case

Unconfirmed: UN Invasion? Foreign Troops Are Landing by the Plane Loads All Across the Country – Click Here To Read More & Comment

We have had unconfirmed reports of foreign troops landing in US.  If you have any information, please use the “Contact Us” form.

I’m getting cell phone calls that there are huge transport jets landing in West Virginia, Jacksonville, Fl, and Camp Atterbury, and possibly others. Plz post if you are seeing similar heavy air traffic in your areas. It appears we have a UN invasion developing.”

Just had a phone call from a man in Jacksonville Florida who lives right on the flight path of the Naval Air station there who advised that starting early yesterday morning there has been a constant flow of huge unmarked military transport planes landing non-stop since. He thinks they’re C130′s and C17′s also. He said he’s never in all the years there seen more than a dozen per day. These jets are silver and plain, no tail markings. Do we have anyone here who can add to this?”

”I had several high level militia members call me with Intel confirmed on UN soldiers being flown into Indiana on 130s and c17s bein issued US army name tapes and ranks and being put under order of DHS on top of that multiple armed swat raids being led by IRS in south multiple people taken Texas Florida Mississippi an[d] Georgia.” When soldiers asked about incoming flights they are told you did not see what you thought you saw.

Unconfirmed: UN Invasion? Foreign Troops Are Landing by the Plane Loads All Across the Country – Click Here To Read More & Comment

The last link appears to be archived because there is a link to their “new site” which is labeled the National Liberty Federation. Below onwards is the reply I sent to social network email.

CJ this sounds like a hoax to me to catch the attention of us Conservatives that have zero trust in the Obama Administration and the United Nations. The only outside action happening here in Oklahoma is recovery from tornadoes and the look of more bad weather approaching.

The reason I sense this is hoax is because there are a few links other than the one you sent from the National Liberty Federation with the exact same wording. The earliest post was from a blogger/radio host Steve Quayle dated May 20, 2013:

Then there is Before Its News – same date:

Then I found a gal reading this “alert” on her Youtube Channel – nanashinoappuri89. Nana… can’t confirm if this alert is true or not be she finishes with something like “Sooner or later it’s gonna be true folks”:

Until further confirmation comes in I’d have to label this in the not true category. If you find other blogs reporting on a U.N. invasion without using the same wording there might be something to it. Frankly I think someone is having fun with all the Obama scandals at Conservatives’ expense. Until then – time will tell one way or the other.