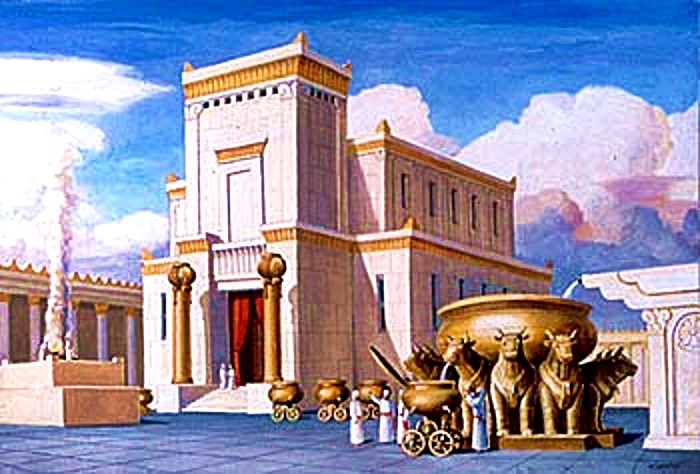 As a Christian Zionist, I am in the crowd that believes the building of a Third Temple will be another evidence of the nearness of Christ the Lord’s return initiating the final plans of Heaven on Earth.

The chain of events from a Christian perspective has the Third Temple built which is then desecrated by old Satan:

2 Now, brethren, concerning the coming of our Lord Jesus Christ and our gathering together to Him, we ask you, 2 not to be soon shaken in mind or troubled, either by spirit or by word or by letter, as if from us, as though the day of [a]Christ had come. 3 Let no one deceive you by any means; for that Day will not come unless the falling away comes first, and the man of [b]sin is revealed, the son of perdition, 4 who opposes and exalts himself above all that is called God or that is worshiped, so that he sits [c]as God in the temple of God, showing himself that he is God.

9 The coming of the lawless one is according to the working of Satan, with all power, signs, and lying wonders, 10 and with all unrighteous deception among those who perish, because they did not receive the love of the truth, that they might be saved. 11 And for this reason God will send them strong delusion, that they should believe the lie, 12 that they all may be condemned who did not believe the truth but had pleasure in unrighteousness.

11 Then I was given a reed like a measuring rod. [a]And the angel stood, saying, “Rise and measure the temple of God, the altar, and those who worship there. 2 But leave out the court which is outside the temple, and do not measure it, for it has been given to the Gentiles. And they will tread the holy city underfoot for forty-two months. (2 Thessalonians 2: 1-4, 9-12; Revelation 11: 1-2 – NKJV)

The Good News: Christ returns with a New Jerusalem and New Heaven placed on Earth:

21 Now I saw a new heaven and a new earth, for the first heaven and the first earth had passed away. Also there was no more sea. 2 Then I, [a]John, saw the holy city, New Jerusalem, coming down out of heaven from God, prepared as a bride adorned for her husband. 3 And I heard a loud voice from heaven saying, “Behold, the tabernacle of God is with men, and He will dwell with them, and they shall be His people. God Himself will be with them and be their God. 4 And God will wipe away every tear from their eyes; there shall be no more death, nor sorrow, nor crying. There shall be no more pain, for the former things have passed away.”

10 And he carried me away in the Spirit to a great and high mountain, and showed me the [a]great city, the [b]holy Jerusalem, descending out of heaven from God, 11 having the glory of God. Her light was like a most precious stone, like a jasper stone, clear as crystal.

22 And he showed me a [a]pure river of water of life, clear as crystal, proceeding from the throne of God and of the Lamb.

Yeah, I know, that’s a lot of Bible to show a coming Third Temple. Trust me, the above Scripture is only a drop in the bucket to a much larger amount of Scripture that exists.

Now, this is what began my thoughts on a Third Temple. I just read a WND article is prepared to consecrate an altar for the Third Temple.

I also realize a reality check suggests the only way to build a Third Temple is remove/tear-down the Dome of the Rock – the mosque planted by Muslims on the Temple Mount. Here two sources for background on the Third Temple Movement:

As if those sources above don’t pique your interest, now here’s the WND cross post Temple altar story.

So readers, I’ve been using a seven year old laptop to fulfill the old blogging habit. It’s time for an upgrade. The best laptop with buzzes & whistles for my purposes is about a$1,000.00. My grandson found a similar but not quite all the buzzes & whistles for a little over $500.00. I’m a relatively small-time blogger but with a consistently growing readership despite some token censorship from the liberal-oriented blog and social platforms.

Whatever my readers can chip in for a laptop upgrade will be appreciated: https://www.paypal.me/johnrhouk

NATIONS INVITED TO CONSECRATION OF ALTAR FOR 3RD TEMPLE 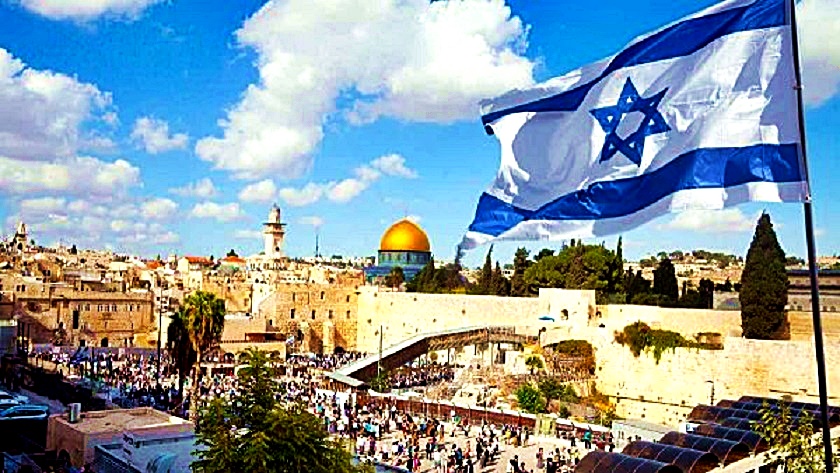 The newly re-created Sanhedrin in Israel is planning a ceremony to consecrate a stone altar prepared for use in the Third Temple, and it has released a declaration intended to be an invitation for other nations to participate in the Temple “and to receive its blessings.”

According to Adam Eliyahu Berkowitz’ report in Breaking Israel News the altar has been prepared with stones made of aerated concrete and “fit for use in the Temple.”

The current stones are in loose form ready to be moved to the Temple Mount and stored so they would be available “at a moment’s notice,” but there also are plans to re-create the pieces from actual stones, considered the “ideal material from which to build the altar.”

The Sanhedrin is the re-creation of the ancient legal council that advised in Israel during biblical times. It earlier invited Arab nations to prepare for their role in the construction of a Third Temple.

They were invited as “sons of Ishmael.” Ishmael, in the Bible, is the first son of Abraham, by his wife’s maid, Hagar. Abraham is the patriarch of Judaism, Christianity and Islam. Isaac was the second son, and Judaism and Christianity trace roots through him. Islam claims its heritage through Ishmael.

The newest move will include during Hanukkah a full-dress reenactment of the daily offering.

“The location is still unclear as the Jerusalem municipality is weighing security concerns that a Jewish ceremony of this sort will precipitate Muslim violence if performed in view of the Temple Mount,” the report said.

“Also at question is whether the Kohanim will ritually slaughter a lamb or whether prepared meat will be brought. Though the Sanhedrin has received all of the necessary permits from the government organizations in charge of slaughtering animals, they are still waiting for the municipality to approve that part of the ceremony. In either case, the meat will be roasted on the newly consecrated altar.”

A large menorah will be lit as part of the ceremony, the report said, and Rabbi Hillel Weiss explained the significance of the ceremony being held on the last day of Hanukkah.

“According to Jewish tradition, the tabernacle and Aaron the Priest were consecrated for service on the last day of Hanukkah,” Rabbi Weiss explained to Breaking Israel News. “It is fitting that we should invite the nations to the ceremony since Hanukkah is about bringing light to the darkness. The Jews were meant to do this for the entire world.”

The declaration itself explains, “We are very close to the time about which the prophets of Israel prophesied that the God of the world who created everything will be called by the world in the name of the God of Israel, for only the people of Israel remained attached to Him.”

It continues, “Anyone who wants to accompany us, to be a partner in serving God, and to connect with his people, must be a believer in the God who was revealed at Sinai, and to be as the people of Israel who were present there and preserved this status to this day.”

WND reported earlier this year that the organization and others were minting a special edition “70 Year Redemption Coin” to raise funds for the Third Temple.

Others were the Mikdash (Temple) Educational Center and the United Temple Movements.

The Trump-Cyrus coin, which honored two Israeli foreign heroes – one present and one past – came following President Trump’s decision to move the U.S. Embassy to Jerusalem, Israel’s capital.

An Intro to a Third Temple

NATIONS INVITED TO CONSECRATION OF ALTAR FOR 3RD TEMPLE