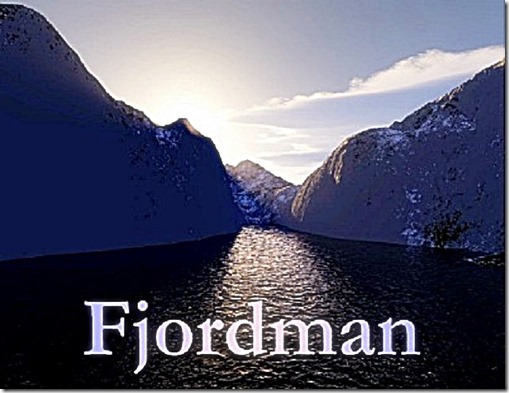 It’s time to read a Fjordman (SA HERE) essay courtesy of the Gates of Vienna.

Betrayal of Islam? Or Betrayal to Islam?

If you appreciate this essay by Fjordman, please consider making a donation to him, using the button at the bottom of this post. [Blog Editor: I couldn’t figure out how to make the GoV paypal link work. Please go to the Gates of Vienna to send support to Fjordman.]

On 22 May 2013, two militant African Muslims armed with knives and Koranic quotations beheaded a British soldier in broad daylight in the streets of Woolwich, London. The murderers praised Allah and stated that the British would never be safe in their own streets anymore. The unarmed man beheaded by the two Islamic fanatics was Lee Rigby — a 25-year-old serviceman described as a “loving father” to his two-year-old son Jack.[1] Witnesses said the suspects hacked and chopped at his body and shouted the Islamic phrase “Allahu akhbar!”

British Prime Minister David Cameron stated in 2013 that this murder was a “betrayal of Islam.”[2] Cameron further claimed that “There is nothing in Islam that justifies acts of terror.”[3] Similar sentiments were echoed by London Mayor Boris Johnson as well as other Western political leaders and media outlets.

On 26 February 2014, Rigby’s attackers Michael Adebolajo and Michael Adebowale were sentenced to life imprisonment for this brutal public murder. Adebolajo responded by shouting “Allahu akhbar” (God is greater). Justice Sweeney, coincidentally echoing the exact words used by the country’s Prime Minister, stated that their crime was a “betrayal of Islam.”[4] That sounds nice, but it’s unfortunately not true. This mantra is based on wishful thinking, not facts.

As noted by the scholar Lawrence A. Franklin, the medieval Muslim warrior Saladin has long been romanticized. Yet the historical Saladin choreographed the mass execution of prisoners of war. He even personally ordered clerics in his Jihadist army to behead at least one Christian knight. Only a few prisoners saved themselves by “converting” to Islam.[5]

For centuries Muslim writers have commented on the psychological impact of beheadings upon their enemy’s fear factor and will to resist. This is indicated by Koran 8:12: “I will cast terror into the hearts of those who have disbelieved, so strike them over the necks and smite them over all their fingers and toes.”[6]

Professor Timothy R. Furnish explains that during nearly 1,400 years of Islamic history, beheading has been a recurring theme.[7] A variation upon this theme would be slitting the throats of infidels, as happened to the Dutch filmmaker Theo Van Gogh in Amsterdam in 2004. The practice of beheading non-Muslims extends all the way back to Islam’s founder. Ibn Ishaq, the earliest biographer of Mohammad, is recorded as saying that the Prophet ordered the execution by decapitation of 700 men of the Jewish Banu Qurayza tribe in Medina.

Centuries later, the Turks of the Ottoman Empire were quite enthusiastic about decapitating Christian Europeans and others. Decapitation has also been used against those deemed to commit blasphemy or seen as apostates from Islam. Over the past decades, modern Saudi Arabia has decapitated hundreds of people for alleged crimes ranging from drug running to witchcraft and apostasy.

It is of course true that decapitation is not historically unique to Islamic culture.

Some of the most brutal drug cartels in Mexico still use beheadings for the shock effect.[8] However, with a few exceptions such as Mexican drug lords, this seems to be a predominantly Islamic specialty these days. As Timothy R. Furnish comments, “Islam is the only major world religion today that is cited by both state and non-state actors to legitimize beheadings.”[9]

Yet none of this seems to matter to Western leaders. They will not let petty facts or historical realities get in the way of their suicidal open-borders ideology.

In the January 2007 issue of the prestigious magazine Foreign Affairs, Tony Blair published an essay entitled “A Battle for Global Values”. He there warned of a “battle against global extremism.” Blair published this essay while he was still British Prime Minister, as he had been for the past decade. He praised Islamic culture for championing women’s rights, extolling science and being far ahead of its time in its attitudes towards governance and tolerance. Blair further stated that “To me, the most remarkable thing about the Koran is how progressive it is.”[10]

Lee Rigby’s grieving widow might disagree with this assessment by Mr. Blair.

Andrew Neather, a former adviser to Tony Blair, later admitted that without consulting the country’s citizens, Blair’s Labour government had decided to flood Britain with immigrants, in order to make the country more Multicultural.[11]

Some years later, Islamic Jihadist terror supporters pose a constant threat to British citizens. Meanwhile, Muslim so-called grooming gangs have raped and sexually abused thousands of young British girls and children.[12] People such as Tommy Robinson, the former leader of the English Defence League (EDL), have led street protests against this. Robinson is now in jail[13]whereas Tony Blair, who seriously damaged his nation, walks free and has well-paid international jobs.

Blair has finally arrived at the conclusion that there is a problem “within Islam.”[14] It’s a sad thing he didn’t think about that before flooding his own country with people supporting Islam.

On March 1, 2014, attackers dressed in black systematically murdered many unarmed civilians at a railway station in the Chinese city of Kunming.[15] At least 29 people were killed and more than 140 were injured when a group of extremists set upon men, women and children with knives. Some of the victims apparently had their throats cut. Several people from the Uighur Muslim ethnic group were arrested soon afterwards, suspected of involvement in the attack.

Muslims are currently engaged in violent attacks on non-Muslims in numerous countries across the world, from Thailand via Syria to Nigeria. As the late political scientist Samuel P. Huntington noted, Islam’s borders are usually bloody.[16]

Yet despite such overwhelming evidence, Western political elites want Muslim mass immigration to the Western world to continue as before.

This is madness. There is absolutely no rational reason to believe that Muslims will behave any better here than they do in the Philippines, Egypt or Iraq.

Islamic religious scriptures encourage violence and aggression to a greater extent than the core scriptures of any other major religion in the world.[17]

Muslims have had a track record of aggression against Europe and Europeans since the seventh century, for nearly fourteen centuries.

In light of this information, it is insane to support policies that cause large numbers of Muslims to settle in our cities. This is a very dangerous and highly irresponsible social experiment, using millions of people and entire countries as guinea pigs. Perhaps some of those who supported such policies many years ago could claim that they didn’t know or understand the full consequences of their actions. By now, however, the negative consequences are there for all to see. There is absolutely no excuse for continuing such policies today. None.

Muslim mass immigration to Europe and the wider Western world is one of the greatest betrayals in history. It needs to end, and soon.

2)     ‘Loving husband and son, proud dad and a true warrior’: Family’s tribute to soldier hacked to death on London street, 23 May 2013 http://www.dailymail.co.uk/news/article-2329516/Lee-Rigby-pictured-Face-innocent-drummer-25-butchered-Woolwich-Muslim-fanatics.html

14) Tony Blair says murder of Lee Rigby PROVES ‘there is a problem within Islam’, 1 June 2013, http://www.dailymail.co.uk/news/article-2334451/Tony-Blair-says-murder-Lee-Rigby-PROVES-problem-Islam.html

DONATE TO FJORDMAN [Blog Editor: I couldn’t figure out how to make the GoV paypal link work. Please go to the Gates of Vienna to send support to Fjordman.]

For a complete archive of Fjordman’s writings, see the multi-index listing in the Fjordman Files.