Here is a trailer to the movie ‘Denial,’ based on the true story of a Holocaust denier’s civil suit against Deborah E. Lipstadt portrayed by the actress Rachel Weisz:

Acclaimed writer and historian Deborah E. Lipstadt must battle for historical truth to prove the Holocaust actually occurred when David Irving, a renowned denier, sues her for libel.

The Fandango MOVIECLIPS Trailers channel is … READ THE REST 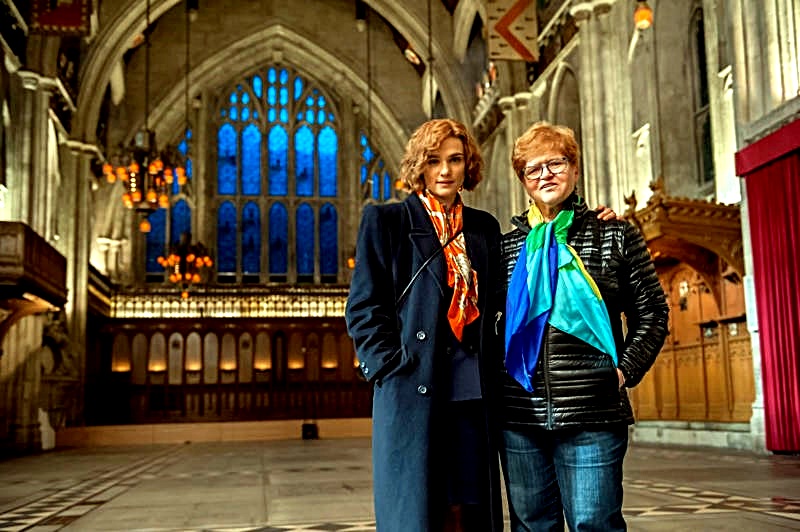 There’s No Denying ‘Denial’ is a Must See

9 Only take heed to thyself, and keep thy soul diligently, lest thou forget the things which thine eyes saw, and lest they depart from thy heart all the days of thy life; but make them known unto thy children and thy children’s children;

In the dedication to me, some ten years ago, Prof. Lipstadt quoted Deuteronomy 32:7:

7 Remember the days of old, consider the years of many generations; ask thy father, and he will declare unto thee, thine elders, and they will tell thee.

You are invited to read Norma Zager’s “There’s No Denying Denial is a Must See.”  Denial, in theaters this coming Friday. –Ari Bussel

Sometimes amidst the grandeur and sequel addiction of Hollywood movie making an important movie is created. Denial is such a film.

The story is based on a lawsuit brought in British courts by Holocaust denier and Hitler advocate David Irving against Professor Deborah Lipstadt.

A pivotal point of the movie for me was contained in a question asked by the British judge following the summations: If someone is an anti-Semite, but they truly believe what they are saying, can you prove intent to subvert the truth?

An interesting conundrum indeed; can evil be justified if one is a true believer, however wrong they may be? It is a compelling question that good people can easily discern. Were the Nazis guilty of murderous acts if they truly believed the Jews deserved to die? If Muslim extremists believe all other religions are Infidels, is that a justification for their murderous ways?

In this time of rampant anti-Semitism perhaps I am taking a risk in posing that question, but it is a fact that so much anti-Jewish, anti-Christian sentiment exists today, that question must be asked. Its implications are universal and timeless.

Watching the scenes shot at Auschwitz, I felt the cold chill of death hovering and creeping down my back. The inescapable evil and atrocities committed

by the Germans are second only to those who would deny their existence.

But this is not just about the Holocaust; except as it exists as a lesson that evil has lived amongst us forever and continues to do so.

Wars, bombs and trials will not eradicate the dark side of human beings from this planet. Just as cockroaches may be bombed in an entire neighborhood and still thrive in another area of the city.

What is dangerous however and what Denial pointed out was that denying or justifying evil only allows it to thrive and grow.

Would anyone in their right mind say it is permissible for ISIS to burn a human being alive, to commit the most heinous of evil acts under the guise of true conviction? Because one totally believes Infidels must die, does that mean it is so?

As Dr. Lipstadt points out, some things just are:  The earth is round, there was a Black Plague and Elvis is not alive. There was a Holocaust. Some things we just know. Is not any discussion of these issues giving validity to alternate theories and allowing for a contrary and wrong-minded point of view?

Because there are some who wish to dispute these facts and offer fictitious proof of their corrupted ideas, does that change the truth?

People should know two things:  The Holocaust existed, and the soul of the world ceased to exist in the gas chambers.

As I watched Rachel Weisz, who so brilliantly portrays Lipstadt, standing in Auschwitz reciting a Hebrew prayer, in my mind’s eye I saw the ghosts of my family who perished there. Of all the families who lost loved ones, friends and neighbors.

Attempting to create a new truth through the use of lies and denial does not alter reality for any except those who choose to believe that which will support their evil intentions.

This is not just a movie; it is a look into the future.

As radical Islamists destroy religious icons and traces of Christianity and Judaism as they march across the Middle East and the west, I am worried that when the witnesses to their evil are gone and their task complete, no one will remember and testify to what once was.

Denial is a rich and intriguing reminder of how much haters can achieve under the auspices of free speech and political correctness.

The movie is brilliantly acted and the story could not be presented at a better time in human history.

As evil challenges the world, we are once again faced with the unpleasant task of stopping its march.

In sixty years will another professor be taken on for writing and speaking the truth? Will the effort to stop them be successful, or will good overcome?

The power of Denial lies in its truth and passion and in the reality that fighting evil is like a Whack-a-Mole game. Hit one and another pops up.

Dr. Lipstadt’s courage is admirable and inspiring; the reality of what she faced, frightening and haunting. Her courage and determination was moving and the brilliance of her legal team inspiring. I cannot escape the fact the story, as compelling as it is, is enhanced by incredible performances.

Today evil does not exist solely in concentration camps, on one continent or in any single area. It spread like the Black Plague, airborne and deadly.

How we shall combat its escalation remains to be seen, but attributing any justification or denying its existence is the ultimate recipe for disaster.

The very nature of evil’s existence lies in its conviction good men are reactive and will only strike when pushed far enough. One must wonder after this movie how far is far enough?

Altering the facts will never change them, and understanding we must reawaken our passion to protect the moral high ground is paramount to our continuation as a species.

Denial is a movie that must be seen, not just because it so eloquently portrays one event in human history, but because it is the reminder the past can never be rewritten and – no matter how ugly – can never be denied. 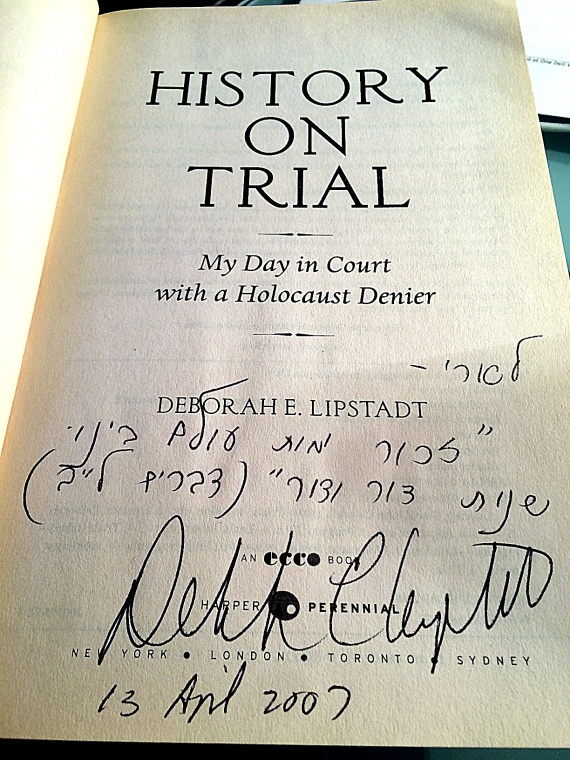 Ari Bussel and Norma Zager collaborate both in writing and on the air in a point-counter-point discussion of all things Israel-related.  Together, they have dedicated the past decade to promoting Israel.