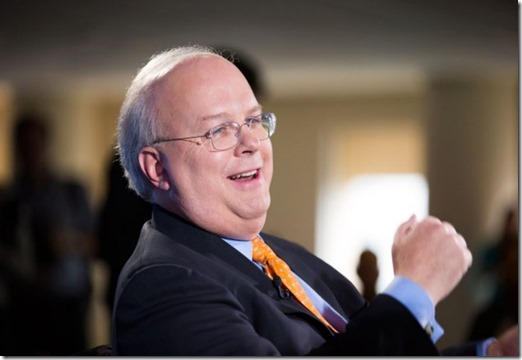 Karl Rove early in President George W. Bush’s Administration had a lot of Conservative Republican admirers including myself. He earned the political nickname of The Architect (Most Conservatives now believe Rove is the Architect for losing Congress after Bush) for getting Bush past a close election over Climate loon Al Gore and in essentially exposing then Senator John Kerry as a Hanoi Jane kind-of-guy probably clandestinely involved in inventing a new smear term of Swiftboating (HERE, HERE and HERE).

Karl Rove after informing us that the most of his 2013 came to pass, he then proceeds to deliver predictions for 2014. Loving him, hating him or indifferent about Rove; he has a few predictions that I hope he is correct about. Namely, the GOP wins the Senate and the House is still a GOP majority. But there is one prediction that absolutely has no politics involved of which I wholly indorse.

I am an NFL football fan. Particularly I am a Seattle Seahawk fan and have been since the first year of their franchise existence. I grew up in Washington State and lived a 100 miles away in Eastern Washington but I went to every game during my season ticket holding days of those first few years. I was a rabid fan even those early years were losing years. I suspect that is why Seahawk fans are so loud today. Seahawk fans are not fair weather fans. The Rove prediction is a Super Bowl victory for the 2013 season played on the first Sunday in February 2014. 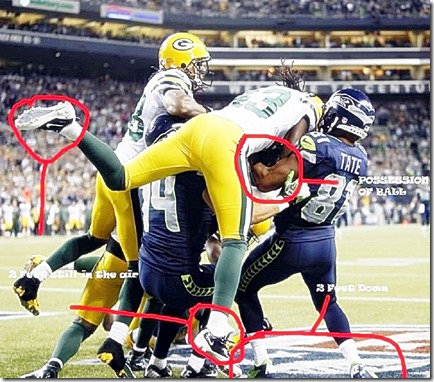 My Fearless Political Predictions For 2014

The penalty for ignoring ObamaCare’s individual mandate will be lifted.

I got 10 predictions for this year right. President Obama’s job approval rating did drop—from 53% at year’s start to 40% this week. There was a new administration scandal, the most significant being the IRS targeting of conservative groups. And ObamaCare’s implementation was indeed “ragged and ugly” and “a continuing political advantage to Republicans” as forecast.

There was no grand budget bargain with entitlement reform. Venezuela’s Hugo Chávez did die. New Jersey Gov. Chris Christie won handily and the Virginia gubernatorial race was closer (2.6%) than many experts predicted. House Judiciary Committee Republicans are working on immigration reform while the comprehensive Senate bill backed by Mr. Obama is stalled. Hillary Clinton is now the front-runner in 2016 polls while the Obama girls got a new puppy.

Four predictions were wrong: unemployment hit 7% instead of 8%; Syria’s Bashar Assad remains in power; Fidel Castro is still alive and President and Mrs. George W. Bush got a granddaughter, not a grandson. In one instance, the results were half-right. The debt ceiling was raised, but Mr. Obama wasn’t forced to make spending cuts in return.

So what does my crystal ball say for 2014? Mr. Obama’s Gallup disapproval rating will end higher than this week’s 53%. Republicans will keep the House with a modest pickup of 4-6 seats. The GOP will most likely end up with 50 or 51 Senate seats (in the former case, keeping Vice President Joe Biden fully occupied for two years presiding over the chamber). Control of the Senate may not be decided until December’s Louisiana runoff. Propelled by union contributions, Democrats will outspend Republicans overall in House and Senate races.

Republicans will lose a net of one or two of their 30 governorships. They’ll add to their numbers in statewide offices and state legislatures and see more Latino, Asian-American, African-American and women Republicans elected up and down the ballot.

Every Republican senator and virtually every representative challenged in a primary as insufficiently conservative will win. In reaction to ObamaCare, GOP political divisions are giving way to unity. Tens of millions more Americans will lose their coverage and find that new ObamaCare plans have higher premiums, larger deductibles and fewer doctors. Enrollment numbers will be smaller than projected and budget outlays will be higher. The White House will blame insurers and Republicans for the law’s continuing failures.

At year’s end, Kathleen Sebelius will still be HHS Secretary. Support for ObamaCare will drop below 30%, causing congressional Democrats to clamber for major changes and delays. The administration will resist most such ideas, except lifting the individual mandate penalty for 2014.

It won’t be all sweetness and light for the GOP, however. Republicans will debate joining rebellious Democrats in gutting and delaying elements of ObamaCare or leaving it alone.

The White House will be even more hard-edged and partisan— and not just because of John Podesta’s addition as counselor. Mr. Obama will do what he does when in trouble: attack. Expect more liberals to blame criticism of his actions on racism. The president’s willingness to ignore or unilaterally alter provisions of laws on the statute books—otherwise known as lawlessness—will be challenged by a growing number of successful lawsuits.

Wisconsin Rep. Paul Ryan will increase his already considerable influence in the House, taking the lead on GOP antipoverty efforts and presenting the most serious comprehensive health-care plan congressional Republicans have offered.

Overseas, the Syrian civil war will be to Mr. Obama what Rwandan genocide was to the Clinton administration: a moral stain. Despite more American concessions, the Iranian nuclear deal will collapse as that country refuses to curtail its uranium enrichment. The administration will resign itself to a nuclear Iran and shift to “containment,” further eroding U.S. credibility with Middle East allies. The new Afghan government will sign a Status of Forces Agreement, keeping Mr. Obama from squandering progress there as he did victory in Iraq by failing to get such an agreement (though Baghdad wanted one). North Korea’s Kim Jong Un will test another nuclear device.

Outside of politics: “Duck Dynasty” will set another cable viewership record. Miley Cyrus will fade as a cultural phenomenon. Sandra Bullock will win an Oscar for “Gravity.” Peyton Manning will win a fifth MVP award and the Seattle Seahawks their first Lombardi Trophy. (Blog Editor: Bold Emphasis Mine)

Instead of writing New Year’s resolutions, send me your 2014 predictions, in care of The Wall Street Journal. Happy prognosticating!

A version of this article appeared December 26, 2013, in the U.S. edition of The Wall Street Journal, with the headline My Fearless Political Predictions For 2014 and online at WSJ.com.