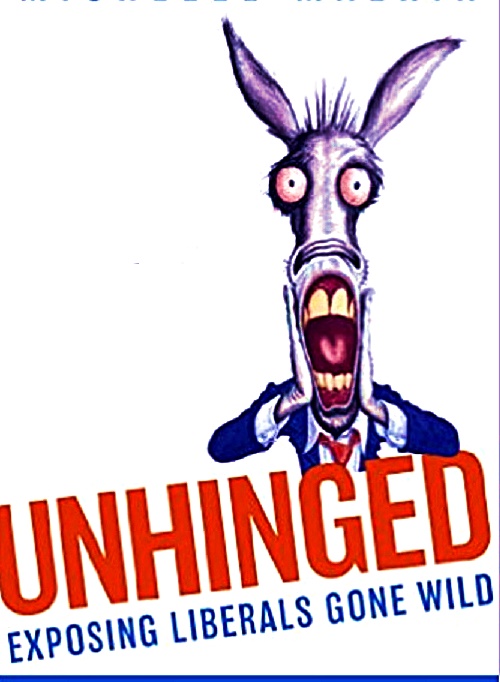 Judi McLeod writes of the eventual failure of the unhinged Dem Party and the Leftist MSM efforts to impeach President Trump. My take on her reasoning is that the Americans are not idiot fools believing everything the Left says which is nothing but transparent desperation.

The below quote is the tease McLeod uses to inspire the reader to proceed:

How do you IMPEACH a president like that, pretenders-to-the-presidency Barack Obama, Hillary Clinton and other pitchfork and torch carriers in the ‘Impeach Trump cabal’? Only by utterly ignoring all sanity.

Impeach Trump Cabal Destined to Come to a Screeching Halt

IF a malevolent MainstreamMedia-Politically-Progressive Complex can, at will, take down President Donald Trump with baseless accusations and innuendo, then what’s to 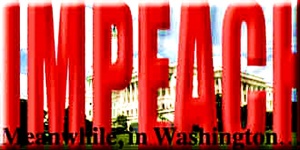 stop them from doing the same to any private citizen from any walk of life?

Saul Alinsky originated freeze, isolate, charge, find guilty without truth or trial is what Democrats use to get rid of all enemies, not just presidents they hate.

Impeachment, Democrat style, overrides the rule of law, tosses truth out the nearest White House window and ignores the pain-filled cries of the people.  Forced impeachment that grows from a psychopathic obsession translates into to the rule of politics over natural law.

Unhinged Democrats, desperadoes in exile, are courting anarchy in their obsession to remove a duly elected president from office

November’s election left the Democrats in exile, a state in which they landed on their very own. With MSM help they decided to go on as if Hillary Clinton and not Donald Trump won.

Unhinged Democrats, desperadoes in exile, are courting anarchy in their obsession to remove a duly elected president from office.  They need to get a grip on reality; to get past the screeching of Hillary Clinton, Nancy Pelosi and Maxine Waters.  They need to recognize that a hate-filled ex-president claiming leadership from a return to community organizer activism is not real reality.

It’s coming on to the dreamy month of June, and amid the droning of pollen-seeking bees, we’re hearing every day about a coming FORECD Impeachment.

Democrats who count on survival as vital should be waking up to the real possibility of remaining in exile for the foreseeable future having, under Obama’s reign, lost thousands of colleagues in elections like the one that brought Donald Trump to the Oval Office.

Ironically, they have become the same breed they call their political opponents: “Dinosaurs”.

There’s another world beyond America that puts the economy and the continuation of the Free West above Impeachment.

As recently as this weekend, came the most visceral of truth that Ambassador of Hate Barack Obama’s 8-year-long mission to sow hatred of America among her perceived enemies was a big fail.

Trump got the royal treatment in Saudi Arabia—and he never had to grovel to the Saudi king to get it.

Obama, then president Obama bowed deeply to Saudi King Salman in 2009. On a red carpet rolled out for him, President Trump shook hands with the Saudi king. 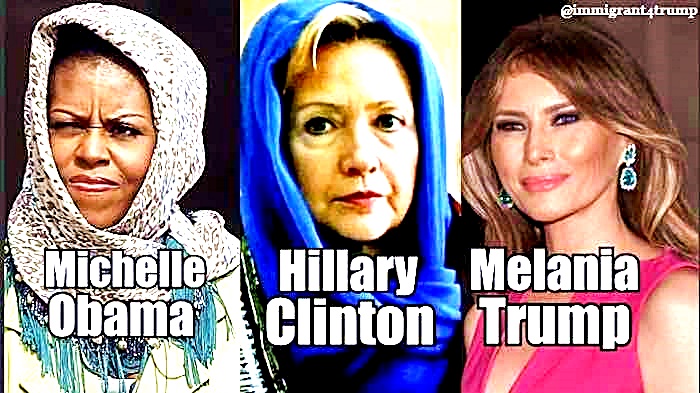 “Obama also bowed to then-President of Mexico Felipe Calderon in 2012. Finally, in 2013, Obama shook hands with and bowed to Cuban communist Raul Castro.”

How the public feels about Obama’s deep bow and Trump’s handshake can be read in a single Tweet:

Trump doesn’t bow & Melania doesn’t wear a headscarf. America is finally being represented properly overseas. pic.twitter.com/VTZDqngh7S— Alana Mastrangelo (@ARmastrangelo) May 20, 2017 [Blog Editor: I couldn’t get the Twitter link to work. The Twitter handle @ARmastrangelo is to Alana Mastrangelo. The Tweet for 5/20/17 pertaining to President Trump visit to Saudi Arabia says this: “Unlike Obama, there will be no apology tour with President Trump. Ever. America is back.”

In 2009, Obama sent a message back to the masses: ‘I bow to the Saudi king no matter how Americans may feel about it’.

This is the message President Trump sent back to the same masses yesterday morning: ‘I am your president and present America properly when I’m overseas.’

As Newt Gingrich so aptly puts it: “Sadly, our own nation’s news media is doing more to undermine America’s image than Al Jazeera or Pravda combined.”

How do you IMPEACH a president like that, pretenders-to-the-presidency Barack Obama, Hillary Clinton and other pitchfork and torch carriers in the ‘Impeach Trump cabal’?

Only by utterly ignoring all sanity.

Judi McLeod is an award-winning journalist with 30 years’ experience in the print media. A former Toronto Sun columnist, she also worked for the Kingston Whig Standard. Her work has appeared on Rush Limbaugh, Newsmax.com, Drudge Report, Foxnews.com, and Glenn Beck.

About Us — Canada Free Press

Canada Free Press (CFP) is a proudly independent, 24/7 news site, updating constantly throughout the day. More than 100 writers and columnists file regularly to CFP from all corners of the globe. CFP rides on credibility and is edited by a lifelong journalist.

Canada Free Press does not sell, loan or give out its mailing list to anyone. You will receive a confirmation email back to the email you entered. You must respond to the email in order to receive our mail out of latest news and opinion.

Although we have been posting to the Internet for more than 14 years, on May 15, 2012 CFP celebrated its eighth anniversary as a daily. Espousing Conservative viewpoints, cornerstone of which focuses on love of God, love of family, love of country, CFP maintains a loyal and growing readership.

CFP senior journalist/editor Judi McLeod tries to answer each and every letter sent to CFP by readers. CFP’s main ongoing inspiration is to provide accurate and well-researched stories for a loyal readership that are not printed or posted elsewhere.

CFP’s Motto: “Because without America there is no Free World” is as meaningful today as it was when first adopted. America and the Free World must be guarded by all who believe in Liberty. Mantra: Shakespeare’s Merchant of Venice (1596): “Truth will come to light; murder cannot be hid long; a man’s son may, but in the end truth will out.”

Any issues or … READ THE REST