Members of the Democratic Party and the Leftist Mainstream Media (MSM) are doing and saying whatever lie that pops into their minds, have been exposed as liars by one of their own.

The New York Post has been rated (these days – things change among Conservative MSM) as Center-Right: AllSides and Media Bias/Fact Check. The NY Post has fingered a Leftist organization Fusion GPS which Congressional sources has pegged as “… actually an opposition-research group for Democrats, and the founders, who are more political activists than journalists, have a pro-Hillary, anti-Trump agenda.” (Quote from NY Post article) 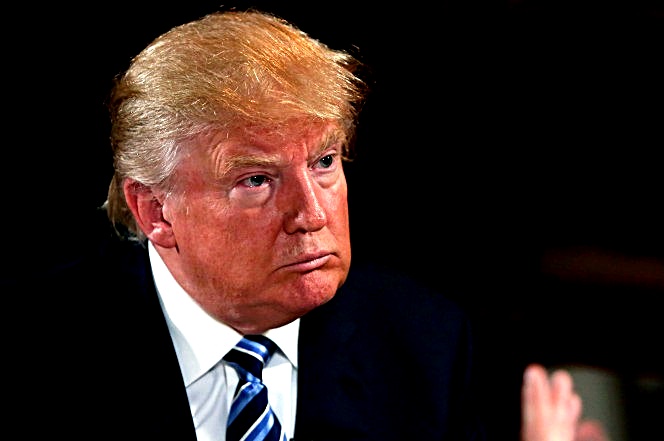 A secretive Washington firm that commissioned the dubious intelligence dossier on Donald Trump is stonewalling congressional investigators trying to learn more about its connections to the Democratic Party.

The Senate Judiciary Committee earlier this month threatened to subpoena the firm, Fusion GPS, after it refused to answer questions and provide records to the panel identifying who financed the error-ridden dossier, which was circulated during the election and has sparked much of the Russia scandal now engulfing the White House.

What is the company hiding? Fusion GPS describes itself as a “research and strategic intelligence firm” founded by “three former Wall Street Journal investigative reporters.” But congressional sources say it’s actually an opposition-research group for Democrats, and the founders, who are more political activists than journalists, have a pro-Hillary, anti-Trump agenda.

“These weren’t mercenaries or hired guns,” a congressional source familiar with the dossier probe said. “These guys had a vested personal and ideological interest in smearing Trump and boosting Hillary’s chances of winning the White House.”

Fusion GPS was on the payroll of an unidentified Democratic ally of Clinton when it hired a long-retired British spy to dig up dirt on Trump. In 2012, Democrats hired Fusion GPS to uncover dirt on GOP presidential nominee Mitt Romney. And in 2015, Democrat ally Planned Parenthood retained Fusion GPS to investigate pro-life activists protesting the abortion group.

More, federal records show a key co-founder and partner in the firm was a Hillary Clinton donor and supporter of her presidential campaign.

In September 2016, while Fusion GPS was quietly shopping the dirty dossier on Trump around Washington, its co-founder and partner Peter R. Fritsch contributed at least $1,000 to the Hillary Victory Fund and the Hillary For America campaign, Federal Election Commission data show. His wife also donated money to Hillary’s campaign.

Fritsch did not respond to requests for comment. A lawyer for Fusion GPS said the firm’s work is confidential.

Sources say Fusion GPS had its own interest, beyond those of its clients, in promulgating negative gossip about Trump.

Fritsch, who served as the Journal’s bureau chief in Mexico City and has lectured at the liberal Wilson Center’s Mexico Institute, married into a family with Mexican business interests. His wife, Beatriz Garcia, formerly worked as an executive at Grupo Dina, a manufacturer of trucks and buses in Mexico City that benefits from NAFTA, which Trump opposes.

Fritsch’s Fusion GPS partner Thomas Catan, who grew up in Britain, once edited a business magazine in Mexico, moreover. A third founding partner, Glenn Simpson, is reported to have shared dark views of both Russian President Vladimir Putin and Trump. Before joining Fusion GPS, Simpson did opposition research for a former Clinton White House operative.

The Senate Judiciary Committee is also investigating whether the FBI has wrongly relied on the anti-Trump dossier and its author, Christopher Steele — the old spy who was hired by Fusion GPS to build a Russia file on Trump — to aid its ongoing espionage investigation into the Trump campaign and its possible ties to Moscow.

The FBI received a copy of the Democrat-funded dossier in August, during the heat of the campaign, and is said to have contracted in October to pay Steele $50,000 to help corroborate the dirt on Trump — a relationship that “raises substantial questions about the independence” of the bureau in investigating Trump, warned Senate Judiciary Chairman Chuck Grassley, R-Iowa.

Senate investigators are demanding to see records of communications between Fusion GPS and the FBI and the Justice Department, including any contacts with former Attorney General Loretta Lynch, now under congressional investigation for possibly obstructing the Hillary Clinton email probe, and deputy FBI director Andrew McCabe, who is under investigation by the Senate and the Justice inspector general for failing to recuse himself despite financial and political connections to the Clinton campaign through his Democrat activist wife. Senate investigators have singled out McCabe as the FBI official who negotiated with Steele.

Like Fusion GPS, the FBI has failed to cooperate with congressional investigators seeking documents.

Steele contracted with Fusion GPS to investigate Trump’s ties to Russia starting in June 2016, whereupon he outlandishly claimed that Hillary campaign hackers were “paid by both Trump’s team and the Kremlin” and that the operation was run out of Putin’s office. He also fed Fusion GPS and its Hillary-allied clients incredulous gossip about Trump hating the Obamas so much that he hired hookers to urinate on a bed they slept in at the Moscow Ritz-Carlton, and that Russian intelligence recorded the pee party in case they needed to blackmail Trump.

Never mind that none of the rumors were backed by evidence or even credible sourcing (don’t bother trying to confirm his bed-wetting yarn, Steele advised, as “all direct witnesses have been silenced”). Steele reinforced his paying customers’ worst fears about Trump, and they rewarded him for it with a whopping $250,000 in payments.

But it’s now clear his “intelligence reports,” which together run more than 35-pages long, were for the most part worthless. And the clients who paid Fusion GPS (which claims to go “beyond standard due diligence”) for them got taken to the cleaners.

Steele’s most sensational allegations remain unconfirmed. For instance, his claim that Trump lawyer Michael Cohen held a “clandestine meeting” on the alleged hacking scheme in Prague with “Kremlin officials” in August 2016 unraveled when Cohen denied ever visiting Prague, his passport showed no stamps showing he left or entered the US at the time, witnesses accounted for his presence here, and Czech authorities found no evidence Cohen went to Prague.

Steele hadn’t worked in Moscow since the 1990s and didn’t actually travel there to gather intelligence on Trump firsthand. He relied on third-hand “friend of friend” sourcing. In fact, most of his claimed Russian sources spoke not directly to him but “in confidence to a trusted compatriot” who, in turn, spoke to Steele — and always anonymously.

But his main source may have been Google. Most of the information branded as “intelligence” was merely rehashed from news headlines or cut and pasted — replete with errors — from Wikipedia.

In fact, much of the seemingly cloak-and-dagger information connecting Trump and his campaign advisers to Russia had already been reported in the media at the time Steele wrote his monthly reports.

In the same August report, for example, Steele connected a Moscow trip taken by then-Trump campaign adviser Michael Flynn to “the Russian operation” to hack the election. But there was nothing secret about the trip, which had taken place months earlier and had been widely reported.

And there was nothing untoward about it. It was a dinner celebrating the 10th birthday of Russian TV network RT, and Flynn sat at the same table with Putin as US Green Party presidential candidate Jill Stein.

The real question is why anyone would take anything in the sketchy report seriously.

But even the CIA gave it credence. The dossier ended up attached to a Top Secret intelligence briefing on Russia for President Obama, even though his intelligence czar last month testified “We couldn’t corroborate the sourcing.” The FBI, moreover, has been using it for investigative leads on Trump associates like Carter Page, even though former FBI Director James Comey this month described the dossier as “salacious and unverified.”

And of course, Democratic leaders in Congress keep referring to it to cook up more charges against Trump, while liberal media continue to use it as a road map to find “scoops” on Trump in the “Russiagate” conspiracy they’re peddling — still hoping against hope that the central thrust of the report — that Trump entered into an unholy alliance with the Russian government during the election — will one day prove true and bring about the downfall of his presidency.

Sperry is a former Hoover Institution media fellow and author of “Infiltration: How Muslim Spies and Subversives Have Penetrated Washington.”