Here’s a bit of a follow-up from the Washington Free Beacon to yesterday’s post “Why in the World would anyone Vote for a Clinton?” 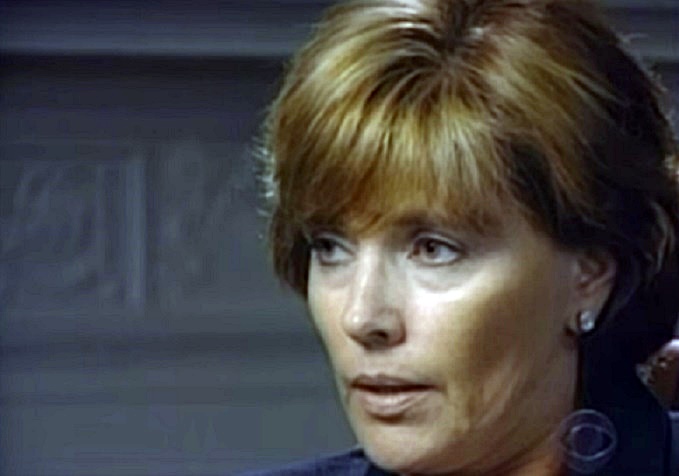 A former White House aide who says Bill Clinton sexually assaulted her in 1993 says that Hillary Clinton should address questions about her husband’s history of alleged sexual violence on the campaign trail.

Kathleen Willey—who claimed Bill Clinton groped her and forced her to touch his genitals during a meeting in the Oval Office—told the Washington Free Beacon on Tuesday that she was furious to see Hillary Clinton make support for sexual abuse victims a key part of her campaign platform.

“She made that ridiculous commercial about ‘you deserve to be heard,’” said Willey. “I almost fell off the sofa when I saw that.”

Willey said she was one of many women to have her reputation attacked by the Clintons after she came forward to accuse Bill Clinton of sexual assault in the 1990s.

The accusations against Bill Clinton have recently reemerged as a campaign issue, after Hillary Clinton criticized Republican candidate Donald Trump’s record on women. Trump responded by calling her husband “one of the great women abusers of all time.”

Last week, Republican New Hampshire State Rep. Katherine Prudhomme-O’Brien, who says she is also a rape survivor, shouted questions at Hillary Clinton at a campaign event about the rape and sexual assault accusations against Bill Clinton.

“You are very rude, and I’m not going to ever call on you,” Hillary Clinton told Prudhomme-O’Brien, before answering questions from others in the audience.

Willey said she spoke to Prudhomme-O’Brien after the event and thanked her for trying to get answers.

“You tried to get [Clinton] to answer the question that nobody else has the nerve to ask her,” Willey said she told Prudhomme-O’Brien.

Clinton did field a question in December about her husband’s behavior.

During a campaign event, one audience-member asked Clinton “You say that all rape victims should be believed, but would you say that about [Bill Clinton’s accusers] Juanita Broaddrick, Kathleen Willey and, or Paula Jones? Should we believe them as well?”

“Well, I would say that everybody should be believed at first until they are disbelieved on evidence,” responded Clinton.

Willey’s accusations against Bill Clinton were raised during the independent counsel investigation that led to the president’s impeachment in 1998. Her testimony that he sexually assaulted her has never been disproven, but Clinton allies have seized on discrepancies in her story and incidents from her personal life to raise questions about her credibility.

Willey said she met with President Clinton in the Oval Office on Nov. 29, 1993, during a time when she and her husband, the son of a prominent Virginia Democratic legislator, were undergoing significant financial strain.

The volunteer White House aide said she asked for the meeting in order to see if Clinton could help her secure a job. She said during the meeting Clinton forcibly groped her, kissed her on the mouth, and pushed her hand onto his crotch against her will.

Clinton supporters question Willey’s account, and say she continued to send Clinton friendly letters after the alleged assault occurred. They note that she once admitted to lying to a boyfriend about a false pregnancy.

“When I was writing my book, I had women call me and tell me about their experiences at the hands of Bill Clinton,” said Willey. “And I was horrified by some of the things they were saying. But I don’t think they’ll ever talk fully. And you know what? I can’t say that I blame them. I mean, look what’s happened to me.”

Alana Goodman is a staff writer for the Washington Free Beacon. Prior to joining the Beacon, she was assistant online editor at Commentary. She has written for the Weekly Standard, the New York Post and the Washington Examiner. Goodman graduated from the University of Massachusetts in 2010, and lives in Washington, D.C. Her Twitter handle is @alanagoodman. Her email address is goodman@freebeacon.com.

“How stands the city on this winter night? More prosperous, more secure, and happier than it was eight years ago. But more than that: After 200 years, two centuries, she still stands strong and true on the granite ridge, and her glow has held steady no matter what storm. And she’s still a beacon, still a magnet for all who must have freedom, for all the pilgrims from all the lost places who are hurtling through the darkness, toward home.” —Ronald Reagan, Farewell Address, January 11, 1989

The Washington Free Beacon is a privately owned, for-profit online newspaper that began publication on February 7, 2012. Dedicated to uncovering the stories that the powers that be hope will never see the light of day, the Free Beacon produces in-depth investigative reporting on a wide range of issues, including public policy, government affairs, international security, and media. Whether it’s exposing cronyism, finding out just who is shaping our domestic and foreign policy and why, or highlighting the threats to American security and peace in a dangerous world, the Free Beacon is committed to serving the public interest by reporting news and information that is not being fully covered by other news organizations.

The Beacon’s chairman is Michael Goldfarb. Its editor in chief is Matthew Continetti. Sonny Bunch is the executive editor. Bill Gertz is senior editor.

Letters to the Editor