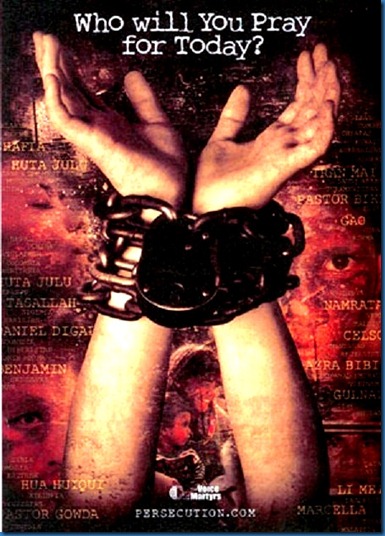 Figures cited in Wikipedia show there are a little less than 182 million Muslim in Pakistan. The same Wikipedia article shows 2,700,000 Christians reside in Pakistan. Pakistani Christians receive severe treatment under Sharia Law. Sharia is often used as an excuse for Muslims to exploit Christians in the case of property. Simply make up a blasphemy accusation of a Christian leader and your Church may be subject to confiscation and the leader on trial for his/her life.

I have been following the plight of two Pakistani Christians both of whom have been charged with breaking blasphemy laws in Pakistan. I have not come upon any information as to their outlook in several months. I have to run across their status from organizations dedicated to exposing Muslim mistreatment of Christians or a few brave Pakistani Christians willing to risk detection by getting info out via the Internet. The two I am writing about are Hector Aleem and Asia Bibi. Both faced death sentences under Pakistani Blasphemy and both have receive some kind of legal reprieve the last I have read of them yet the last I heard they both were in a Pakistani jail or prison for whatever ludicrous Islamic Sharia Law ruling. (If anyone has heard anything about Hector and Asia let me know)

The Quran Burning incident sponsored by Pastor Terry Jones has moved into the old news of the past. The incident that occurred on March 19 caused an outrage in the Muslim world that resulted in Muslims attacking Christians and their property. This was particularly the case in Afghanistan in which some U.N. workers that I presume the crazed Muslims believed were Christians (chances are the U.N. workers were Western secularists more than practicing Christians) were assaulted, killed and beheaded.

Of course condemnations came from the West and even the U.N. which was levied at Muslims who were probably connected to the Taliban enemies American troops are fighting. Unfortunately though, the condemnations of the murdering Muslims were soon followed by denunciations of the considered outrageous act of burning the Quran from Western and American outlets.

I have to qualify my reason for saying “unfortunately”. I say unfortunately because I do not consider the Quran burning an outrageous act. I do consider Pastor Jones’ publicizing of the event and the national MSM picking up the story as bad judgment on Pastor Jones’ part.

Part of the mission of NATO coalition under American leadership to secure Afghanistan from the radical Islam of the Taliban and al Qaeda is to win the support of supposed sane minded Muslim citizens. This was the success point of the Iraq Surge that has rendered Islamic terrorism into incompetence and has given the new Iraq government a good path to govern their own nation without massive American troops entrenched into a quagmire of blood. The Muslim populace became weary of Islamic terrorism targeting Muslim citizens and began to choose American troops as the lesser of two evils in their perspective of living lives without daily violence and murders.

If the American strategy is similar in Afghanistan then the public nature of burning a Quran which was picked up on rapidly by Taliban propagandists did indeed harm the military mission in Afghanistan. In other words Burn the Quran day did not help our American troops fighting for the American way of Life, Liberty and the Pursuit of Happiness. Thus we see and hear of military leaders like General Petraeus condemning the Quran burning in no uncertain terms.

Now here is an angle to the Quran burning that I discovered thanks to (STOP) RadicalIslam.com. That website did a cross post of Raymond Ibrahim’s article entitled, “Destroying One Koran vs. Destroying Many Christians – Which is Worse?”

Ibrahim’s point is that the MSM went out of its way to condemn Pastor Terry Jones and the burning of the Quran as an evil incitement and a hate-act effrontery toward Islam. AND YET, the MSM never places front and center the worse effrontery toward Christianity of Muslim Supremacism continually persecuting Christians by suspending their civil rights, assault, property destruction (including Churches), defacing of Christian symbols of worship (INCLUDING THE BIBLE), forced conversions, murder and rape. These horrendous acts occur in the Muslim Middle East on a habitual basis. The persecution is not an odd exception to the rule. The persecution of Christians is THE RULE!

So let’s rethink this question in light of what really happens in the Muslim world: Which is worse – burning a Quran in America or the torturous daily fear of persecution in Muslim dominated nations?

Be sure to check out Raymond Ibrahim’s article on this kind of thinking. 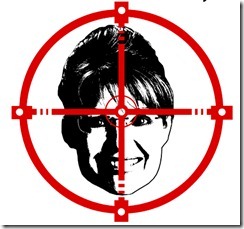 Victor Davis Hanson is educated in the Classics and Military History. Hanson is also a writer of the Right who is often described as a Neoconservative. If there is anything that is sure is that Hanson is one of those rare American intellectuals that has not succumbed his intellect to Leftist ideology that tarnishes American Culture.

Hanson writes with clarity on the idiocy of the Dems and Leftists heaping Goebbels-type propaganda disparaging Sarah Palin.