Homosexual activism, the Democratic Party and New York State Governor Andrew Cuomo are openly displaying their desire to sodomize American culture by forcing same-sex marriage upon Americans even though a majority of voting citizens are not up with the sinful nature of same-sex homosexual marriage.

Former Chaplain Gordon James Klingenschmitt that received the boot from the U.S. Navy for praying in the Name of Jesus has sent out an e-newsletter highlighting the national agenda of the Democratic Party to sodomize America.

Read this e-newsletter at SlantRight.com. 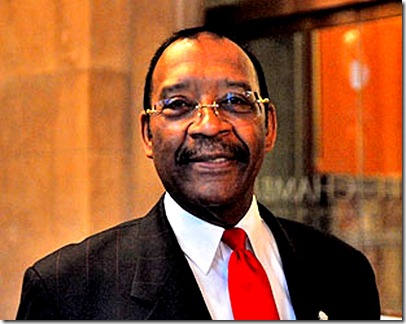 Not long ago the State of New York joined five other States in the Union making the ungodly act of same-sex marriage as part of the law of the land. The sadness about this reprobate law is that it could have easily been defeated.

The Republicans hold a two seat advantage in the Senate of the New York Assembly meaning the GOP is the majority Party. According to Senate Assembly rules the Majority Leader can prevent any bill from an up and down vote on the Senate Floor. The Senate majority Leader Dean Skelos failed in Christian morality by allowing such a sinful Bill to come to the Floor for a vote.

The next failure was that some Republicans defected from family values and voted with Democrats to pass the Bill.

The irony of the legal depravity in New York was the primary anti-same-sex Senator was a liberal Democrat from South Bronx. Senator Ruben Diaz is also a Pentecostal Minister and actually did his part in promoting Christians to bus into Albany to show their support for traditional marriage. How a Pentecostal Preacher can be a liberal Democrat boggles my mind but God bless him for being more vocal than Republicans who are supposed to represent family values.

The Senate passed the Marriage Equality Depravity Act 2011 with a 33-29 vote. Of the 29 nays Senator Ruben Diaz was the only Democrat. The votes that brought homosexual validation to the State of New York were Republicans:

Even this Marriage Equality Depravity Act passed and was signed by Governor Cuomo five minutes before midnight on June 24th. Senator Diaz became the recipient of some of the most vile hate mail (mostly email) using prolific negative metaphors and even death threats. I am guessing the homosexuals that demand tolerance for their depraved lifestyle are not so tolerant of a Christian voting to the values of Christianity as espoused in God’s Holy Word.

Senator Diaz writes about this in a press release from his website:

Unashamed To Be A Christian
By Senator Reverend Ruben Diaz

On June 24th I voted my conscience and opposed Governor Andrew Cuomo’s key piece of social legislation in the New York State Senate that redefines our marriage laws away from the traditional definition of one man and one woman. I was the only Democrat in the Senate to vote against this legislation, and I wear my vote as a badge of honor.

I have been congratulated by religious leaders and constituents not only from my district, but from districts all over New York State. I have received messages of encouragement and gratitude from people throughout the United States. Alberto Martinez tweeted: “Jesus said: ‘Whoever is ashamed of Him and His words, the Son of Man will also be ashamed of such person at His coming.’ Bravo Senator Diaz.” All of these supporters know that I am unashamed to be a Christian. If we talk the talk, we must walk the walk.

Although Republican Senate Leader Dean Skelos ushered the gay marriage vote to the floor in order to make the 11:00PM news, and even though the vote passed, the hatred that has spewed in my direction before June 24th continues.

Yesterday I received a series of five emails in my Senate account from one person that read like homicidal rantings: “You eat shit. You are shit.” “There is no worse person on Earth than you. God has told me so.” “You worthless pile of human excrement!!!” “I hope you die! I hope you die soon! I’m waiting for you to die!” “Satan would sooner nail a stake through your heart than admit to knowing you. Your very own lover!!!”

To err on the side of caution and especially since one of the messages awaits my demise, those emails were properly reported to the FBI.

Those messages suggest that even though the gay marriage vote passed, that author did not get what he wanted which suggests to me that for some reason, I am the embodiment of his disappointment.  He may also be upset because I am unashamed of my vote.

Last Tuesday, a website posted an article titled: “Sen. Ruben Douchebag: I Made History.” The tag labels that follow that online piece are as vulgar as possible. I quote them here not to amplify their vulgarity, but to let people know the ever-growing hatred freely expressed by those who claim to promote tolerance: “assholery, batshittery, bigotry, bovine spongiform encephalopathy, douchenozzles, evil, and f***weasels”.

I am amazed that the author of that site continues to fixate on me as he does. I was told that he even tweeted about me just one hour after the supposed May 21 rapture: “An hour past #Rapture in New York City and this town is still infested with Sen. Ruben Diaz and his filthy ilk. #Disappointed.”

For all intents and purposes I am a stranger to this person, yet for some reason I have his full attention. As a religious leader I thank the Lord that he continues to pay attention to my efforts to spread the Word of God. I hope and pray that since he seems to be a grown man, he will try to no longer promote vulgarity, indecency and hatred online or elsewhere.

After the June 24 vote, so many people who disguise themselves as victims and decry bullies hide behind their computer screens and demonstrate what is called “keyboard courage” by posting hateful and vicious comments about me.

In the great spirit of interfaith unity I will continue to work to promote what the late Pope John Paul II called the Culture of Life and continue to highlight the actions of the opposition which is still not pleased even with their declared victory in New York against traditional marriage.

For my part, I will continue to be unashamed to be a Christian.

The homosexual lobby used threats and strong tactics to smash their same-sex depravity law through the New York Assembly and to Governor Cuomo’s pen. I guess one can call this the tactics of homosexual mafia.

Here is a rather lengthy description of the process that has brought shame to New York that you probably did not read in the Mainstream Media that has been brainwashing Americans to accept the homosexual lifestyle.