Here are a couple of news stories that you probably will not see on the Mainstream Media pertaining to Crooked Hillary. I have to mention that I understand that an avowed Dem voter would not vote for Donald Trump. Most Dems are happy in the direction has been moving toward Leftist unaccountable utopianism. AND YET, why in the world an American Dem voter would vote for someone as wickedly corrupt as Crooked Hillary is beyond my comprehension. 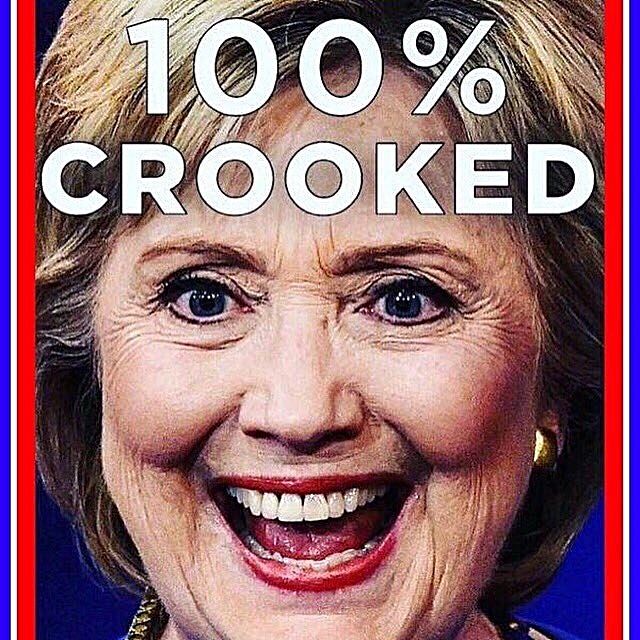 JRH 11/2/16 (Hat tip for first story to Sean McCorkindale  & altyria valenci on the G+ Hillary for Prison 2016/Trump for POTUS 2016 [now mysteriously unavailable there] AND the second story I found on Facebook group that I forgot to source.)

After acting like she has nothing to hide in the emails seized by the FBI, Hillary Clinton managed to… sabotage the NEW investigation before it even began…

BREAKING: FBI Has Been Compromised! Look What Hillary Did to Sabotage New Investigation…

Hillary Clinton has gone and done it now! After acting like she has nothing to hide in the emails seized by the FBI, she managed to pull some strings and sabotage the NEW investigation before it even began…

It turns out that she got her good friend Loretta Lynch to assign a man named Peter Kadzik from the Department of Justice to oversee the case against her. 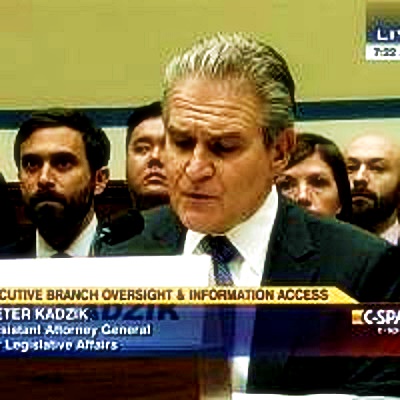 So who is Peter Kadzik? Well, thanks to Wikileaks we know that he is a good, personal friend of John Podesta, Hillary Clinton’s campaign manager and future Chief of Staff if she wins.

In fact, Peter Kadzik was mentioned more than TWENTY TIMES in Podesta’s emails!

Now just try and tell me that is not as rigged as it gets.

This is gonna be an all out war between the FBI and the Department of Justice, and if we want Hillary to get her just deserts, we gotta be ready to help Director Comey fight back!

Now, step one to beating Hillary Clinton is to share this out to everyone you know. We the people need to demand a FAIR investigation.

BREAKING: The Source for Podesta’s Email Leaks Has Been REVEALED–They’re Coming From…

So much for Hillary’s theory that Trump is in bed with Russia over the hack. Maybe she should do some research on her own people. It looks like they have turned against her.

According to former British ambassador to Uzbekistan, Craig Murray, the now infamous Podesta and Democratic National Committee emails were not leaked by Russian hackers, but by a Washington insider.

In an exclusive interview with Sputnik, Mr. Murray said:

When asked about whether or not WikiLeaks have ever published information at the behest of Moscow, Mr. Murray said:

The Podesta leaks are a trove of emails that have been dropped almost daily by WikiLeaks and consist of emails from Hillary Clinton’s campaign manager John Podesta. The leaks, along with the DNC troves, have provided insight into the inner workings of the Clinton campaign, leaving the presidential nominee red-faced. Clinton’s allies have accused the whistleblowing website and Russia of working in cahoots with the Trump campaign.

The role of WikiLeaks as a thorn in the side of the US government dates further back than the Podesta and DNC leaks.

The whistleblowing site is renowned for leaking information on sensitive US policy positions, such as the much excoriated relationship with the monarchy of Saudi Arabia. During her tenure as Secretary of State, Hillary Clinton is quoted as saying in reference to Mr. Assange, “can’t we just drone this guy?”

BREAKING: FBI Has Been Compromised! Look What Hillary Did to Sabotage New Investigation…

BREAKING: The Source for Podesta’s Email Leaks Has Been REVEALED–They’re Coming From…

COPYRIGHT © 2016. GIRLSJUSTWANNAHAVEGUNS.COM IS A MEMBER OF LIBERTY ALLIANCE. ALL RIGHTS RESERVED.

About Girls Just Wanna Have Guns

Girls Just Wanna Have Guns goal is to motivate women all over the world to prepare themselves for any threat they may encounter.

Whether the weapon of choice is a gun, tazer, knife, spear, pencil or some form of martial arts, the most important thing is that women arm themselves with the right attitude and skills necessary to effectively and efficiently turn from prey to formidable defender.

Regis Giles is the creator and owner of Girls Just Wanna Have Guns.com and is a leading voice for Second Amendment rights, self-defense and conservation. Unafraid to speak her mind, Regis takes no prisoners.  Her media appearances include: ELLE Magazine, Variety, The Daily Mail, BBC, ABC, CNN, CBS Miami, & Fox News.