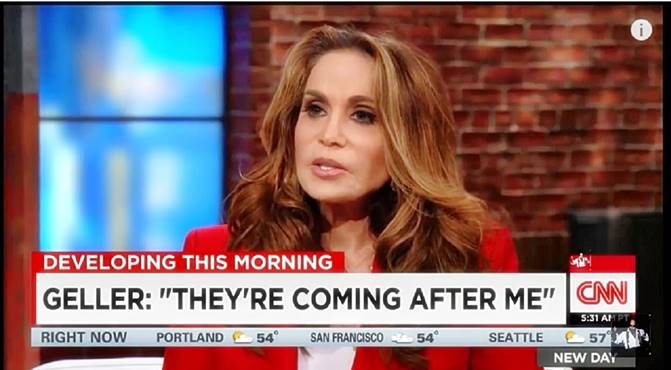 The threat of Muslims who consider the commands of the Quran to be very words of their alleged divine deity known as Allah are making American homegrown attempts at punishing those who expose Islam as a violent theopolitical religion. A Muslim thug by the name of Usaama Rahim plotted to behead Pamela Geller for her organizing involvement in Garland TX Mohammed cartoon contest. Rahim decided on an easier target that being the Boston Police, but the Police shot him to death before he executed his knife wielding plot. A co-conspirator (David Wright) was picked and arraigned for attempting to destroy mobile phone evidence of the plot interaction.

Islamic Society of Boston which is undoubtedly a part of the radical American-Muslim network organization known as the Islamic Society of North America (See Also HERE & HERE). The ISB has spawned several wanna-be terrorists and terrorists (See Also HERE) who aimed violence and murder against non-Muslim Americans. Those potential targeted Americans would be about 98% in the USA since the Muslim population is roughly 2%.

VIDEO: Robert Spencer on CNN on the jihad plot against Pamela Geller, June 4, 2015

Robert Spencer, director of Jihad Watch and Vice President of the American Freedom Defense Initiative, appeared on CNN’s “At This Hour” on June 4, 2015 to discuss the freedom of speech and the jihad terror plot to behead Pamela Geller.

Here’s another Robert Spencer today this time on Newsmax TV started at 2:24 mark.

Robert Spencer – The American Freedom Defense Initiative (AFDI), JihadWatch.org joins Steve to discuss the threat against Pam Geller’s life and everything from ISIS, to Obama’s Israel Interview and his recent run in with Imam on Fox. “Pamela Geller Calls Allegedly Being Targeted for Beheading by Terror Suspect ‘Chilling’”, “Boston jihadis plotted to behead a police officer”, “Video: Robert Spencer vs. imam on Hannity on Sharia and U.S. mosques”.

“This is a showdown for American freedom,” the anti-Muslim activist said. “Will we stand against this savagery or bow down to them and silence ourselves?”

Boston police fatally shot Usaamah Abdullah Rahim on Tuesday morning after he was stopped for questioning in the alleged plot – which at one point had targeted the 56-year-old organizer of a “Draw Muhammad” contest last month in Texas that ended with police killing two gunmen outside the event.

However, authorities said the 26-year-old Rahim had abandoned those plans and had instead decided to kill law enforcement officers.

“They targeted me for violating sharia blasphemy laws,” Geller said. “They mean to kill everyone who doesn’t do their bidding and abide by them voluntarily.”

Geller, whose American Freedom Defense Initiative frequently organizes provocative demonstrations against Islam, said she was not surprised to be targeted for harm.

CNN’s Erin Burnett asked Geller if she “relished” being a target after “stoking the flames.”

“Relish being the target?” Geller asked. “Who self-promotes to get killed?”

She complained that CNN cited the Southern Poverty Law Center’s extensive database on her anti-Islam activities in reporting on the terror plot against her.

BOSTON – A Boston man who was shot to death by terror investigators who had him under 24-hour surveillance initially talked about beheading blogger Pamela Geller before deciding to target police officers, Boston police said Thursday.

“There was some mention of that name,” said Police Commissioner William Evans, speaking on the “Today” show. Evans also said he considered the talk about killing Geller “more along the lines of wishful thinking.”

Geller — a combative personality known for provoking Muslims by campaigning against a mosque near the World Trade Center site in New York, sponsoring inflammatory advertisements and organizing Prophet Muhammad cartoon contest in Texas — wasn’t surprised that she may have been a target.

“They want to make an example out of me to frighten the rest of the US into silence and submission,” Geller wrote in an e-mail to the AP on Thursday. “This is not about me. This is about whether the US will stand for freedom or submit and cower before violent intimidation.”

Usaama Rahim, 26, was killed Tuesday by anti-terror investigators who tried to question him.

Authorities told his family that they would show them a police video of the shooting before making it public. They say it shows police retreating up as Rahim lunges at them with a military-style knife, then shooting when he refused to drop it.

Rahim’s brother, Ibrahim Rahim, is a prominent religious scholar among Muslims and African-Americans in Boston. He initially disputed the police account, saying his brother was shot three times in the back, but released a statement Thursday calling on Muslims to “remain calm” and pray.

Rahim’s family announced a news conference at the shooting scene for later Thursday afternoon. They also hired two lawyers to ensure a “complete and transparent investigation,” said Ronald Sullivan, one of the attorneys.

The FBI said Rahim plotted to commit some kind of attack, and ordered three large knives on Amazon.com a week before he was confronted by the anti-terrorism task force that had him under 24-hour surveillance.

The FBI said police confronted Rahim after he told his nephew, David Wright, in a telephone conversation they were monitoring on Tuesday that he had changed his mind about beheading an out-of-state victim and instead planned to kill local police officers either Tuesday or Wednesday.

“Yeah, I’m going to be on vacation right here in Massachusetts,” Rahim allegedly said. “I’m just going to, ah, go after them, those boys in blue.”

An FBI affidavit supporting a criminal complaint against Wright said “going on vacation” was their code for committing violent jihad.

Wright, meanwhile, was recorded saying something about “thinking with your head on your chest,” the FBI said, explaining that this was a reference to the beheadings shown in Islamic State propaganda videos.

Nowhere in the evidence made public thus far in this case does either man actually say the word “beheading.”

Geller was a Beheading Target

Blog Editor: Just a head’s up. I didn’t permission to cross post with Fox News so if they request I remove this cross post will comply. Here is the Fox News warning:

This material may not be published, broadcast, rewritten, or redistributed.