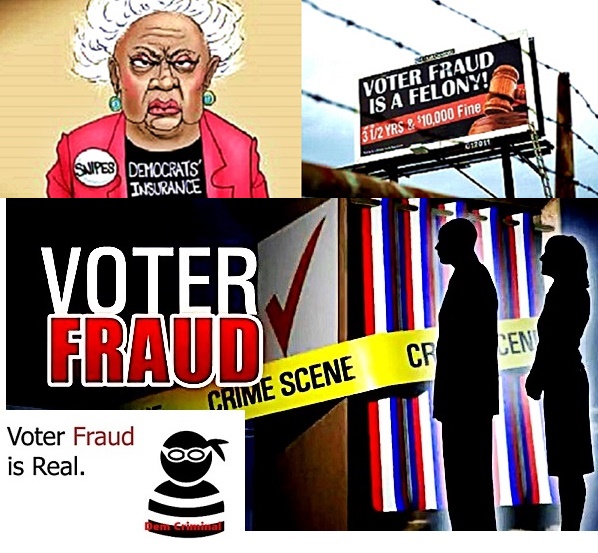 If you hear or read a Dem or Mainstream Media Operative tell you there is not a smidgen of evidence of voter fraud in the Florida election, just like their fearless leader in the last Administration – THEY ARE OVERTLY LYING!

Here are the details:

In this current state of media censorship & defunding, consider chipping in a few bucks for enjoying this Blog.

Voter fraud is apparently rampant in Florida based on bombshell emails uncovered by USA Today. A Democrat Party official “directed aides to share altered election forms with voters in an effort to fix ballot signature problems a day AFTER polls closed,” according to the damning emails.

Election experts say use of the altered forms — which turned up in four Florida counties — was apparently an effort to boost the number of Democrat votes in the state’s hotly-contested gubernatorial and Senate races.

The deadline in the forms was retroactively altered to read November 8.  Here’s what the altered forms look like.

Here’s what the original forms looked like. It directed voters to return the mail-in ballot by November 5.

Altering state forms is a criminal offense, and the Department of Justice is investigating the bogus mail-in ballots pursuant to a referral from the Florida Department of State.

A GOP lawyer told Breitbart the bogus ballots could be grounds for a potential RICO (organized crime) investigation.

The ploy even disgusted Democrat campaign consultant Jake Sanders, who said he had warned party officials about the illegality of using altered ballots, and was ignored.

“Self-imposing a fake deadline and deceiving people is counter to [standing up for voters],” Sanders told USA Today.

Election expert Charles Zelden said this deception could be construed as a reckless “Hail Mary effort” on the part of the Democrat Party to rig the election.

“If this is an attempt at fraud to sneak in votes that would have not been counted otherwise…it does play into the narrative of Republicans that this is a fraudulent effort,” said Zelden, a political science professor at Nova Southeastern University in Florida.

Congressman Matt Gaetz of Florida has repeatedly warned that Democrats are trying to “steal the election.”

We know first-hand that censorship against conservative news is real. Please share stories and encourage your friends to sign up for our daily email blast so they are not getting shut out of seeing conservative news.

Samantha Chang is a politics/lifestyle writer and a financial editor. She is a law school graduate and an alum of the University of Pennsylvania. You can find her on Twitter at @Samantha_Chang.