Adina Kutnicki discusses the social agenda 0f the LGBTQ and Planned Parenthood for society. That agenda is a rebuke AGAINST Christian morality. It is my opinion it is the dilution of social morals in America the last half century or so is how the Democratic Party has moved to a Socialist-Marxist makeup.

Support this Blog HERE. Or support by getting in

the Coffee from home business – OR just buy some healthy coffee.

The ‘Gay Mafia’ & Its Intersection With PLANNED PARENTHOOD, Academia & Hollywood: What’s Going Down? 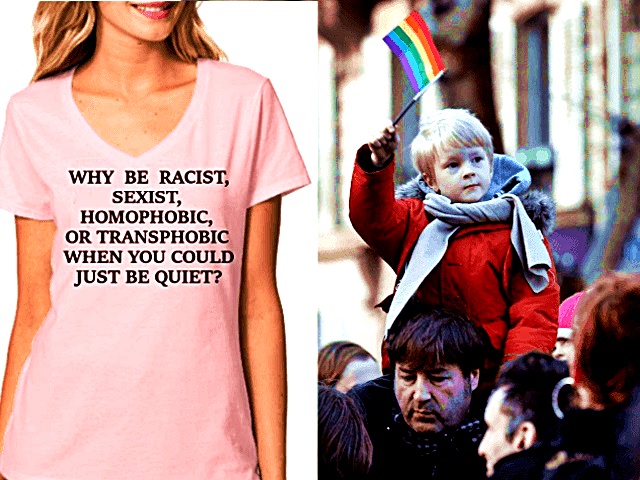 TRAGICALLY, vis-à-vis the kiddies, reporting on the ‘Gay Mafia’ is a never-ending task. Wherever one turns, another immoral, highly life-altering, and illegal grab is lurking in their direction. What the hell is going on?

AND whereas this incendiary topic has many horrendous layers – some of which are open, while others remain hidden – it is incumbent to take a look-back at the volume of accumulated evidence. Ugh, the trails are beyond disturbing and revolting, however, they are mandatory due diligence.

SO it is along this twisted, relentless, and frightening path that added heft and meat must be absorbed. Sorry for that.

INDEED, straight from the horse’s mouth….the devil incarnate, too. Do pay heed to the senior exec ala her smug and sly answers to the undercover reporter. A she-devil. Still, she is hardly a solo operator.

IN this regard, it’s not surprising that a so-called agency which advocates for women’s health –  which happens to facilitate and promote infanticide – has jumped into bed with (mis)educators who are full-throttle aligned with everything from kiddie sex, gender ‘fluidity’, and everything on the wish list of the ‘Gay Mafia’! 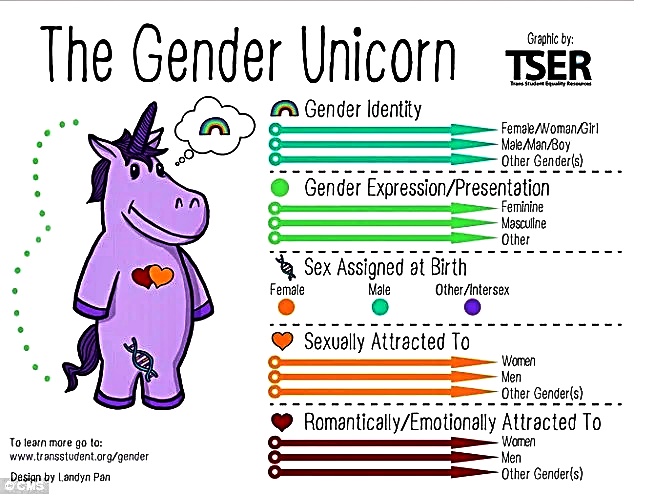 Child Protection League (CPL) Action will hold its “Protect Kids Rally” on Sunday, September 22 on the steps of the state capitol in St. Paul.

“Democrats said the legislation focused on teaching ‘harassment’ and ‘consent,’” CPL Action continues. “But the curriculum includes pornographic images and unscientific ideas about gender, and it trivializes or even encourages high-risk and abusive sexual behavior.”

The group points to a book titled It’s Perfectly Normal, recommended by Planned Parenthood and intended for fourth graders, which describes “sexual intercourse” as “having sex” that “can involve the penis and the vagina, or the mouth and the genitals, or the penis and the anus.”

In a video posted to Facebook in April, Rep. Eric Lucero (R) described the book to fellow state House lawmakers.

“I shared disgusting content from the book It’s Perfectly Normal and the Democrat agenda to sexualize the minds of our young children including Planned Parenthood’s goal of curriculum for elementary schools,” Lucero wrote.

According to CPL, when state Rep. Jim Davnie (D) insisted “Planned Parenthood is not in this bill,” state Rep. Peggy Scott (R) gave the response in this video clip:

I think it’s essential that members of the public, that parents and taxpayers, know that the sex education curriculum in this bill was written in part at least by Planned Parenthood. You can go to their website. They’re promoting this … and you can see some language that they think is important to have in sex ed curriculum and it’s verbatim what’s in this bill. So, members of the public need to understand that Planned Parenthood – a very controversial organization – is putting forth its agenda into our public schools. In fact, Planned Parenthood – they boast on their website about how they are already reaching “50,000 Minnesotans across the lifespan—including young people in elementary, middle, and high school, as well as parents and adults.”

Planned Parenthood Minnesota, North Dakota, South Dakota states on its website that the group is highly involved in sex ed in Minnesota, citing “trained educators throughout Minnesota provide sex education to youth and adults in their communities.”

U.S. Parents Involved in Education (USPIE), a national organization devoted to the return of local control of education, says in a statement that CSE “is a blatant intrusion into a traditional family domain and a dangerous assault on the health and innocence of children.”

“We urgently encourage parents to retake control of their children’s sex education,” the group asserts, adding the type of CSE programs that are mandated by some states are “rights-based” approaches that are politically influenced.

They entail “a great deal more than just teaching children and youth about anatomy and physiology, sexual intercourse, and human reproduction,” USPIE warns.

KNOW this: Planned Parenthood has its sights laser-focused on ‘kiddie-grooming’ – by inserting itself into sex ed programs throughout America’s public school system! You got that?

NOT only that, aside from all the evidentiary trails cited above and found within this site, several more are proof of the same. Hang on tight. All of which are part and parcel of the same…notice the clueless parents, as they watch on in glee!

PROOF(S) OF THE SAME:

“… My pronouns are ‘they, them, their’ instead of ‘he, his, she, hers.’ I know it takes some practice for it to feel natural,” the letter reads, “but students catch on pretty quickly.”

The letter also asks that students use “Mx.,” (pronounced ‘Mix’) when addressing the teacher rather than Mr. or Ms.

Students in Montgomery County schools in Maryland will be subject to sweeping new policies that cater to transgenders on campus, including promoting a gender-neutral dress code; options for gender, name, and pronouns; and “safe spaces.” Continue reading about the new dictates here, if you dare.

CONSERVATIVE-leaning folks, ask yourselves: what about the rights of students (and parents) who do not bow to the ‘gods of transgenderism’ and all that it stands for? Indubitably, civil rights attorneys on the conservative spectrum can surely find multiple violations thereof.

BUT just because Hollywood has been saved for last, don’t think, even for a nanosecond, that its putsch is of a lesser magnitude of evil. In reality, if not for their impact on redesigning cultural norms, the above would me DOA!

Former child star Macauley Culkin has blown the whistle on the entertainment industry elite to reveal that Hollywood studio executives are “blood-thirsty Satanists” who ritualistically “murder child actors.”  Read it for its full impact. Trust, it is a necessary truth serum to save the kiddies. Besides, it will move many to action like few others can! 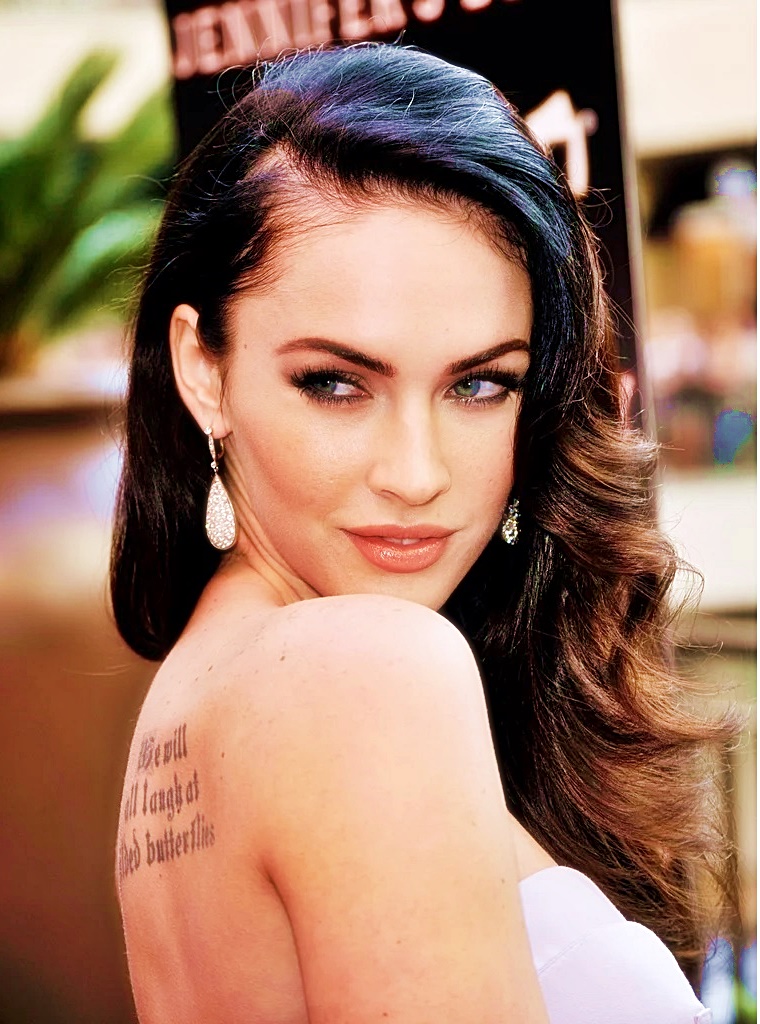 LAST, but not least, let’s turn our eyes to the oh so beguiling Megan Fox – peeps, don’t be distracted by her comely looks. As is known, beauty is only skin deep. But for those who haven’t followed her abuse towards her six-year-old son – to cement her ‘WOKE’ and ‘virtue-signaling’  bona fides with fellow travelers in Hollyweird, regardless of her jibber-jabber – well, the following video is highly recommended.

NOW, a warning is issued before clicking it on. There are ‘F-bombs’ within, but no matter. This investigative journalist is of the opinion that certain truths require this and that salty language, even if some are offended. Of course, everyone is free to click on – or not.

THE point being, in certain instances, one is called upon to step outside their comfort zone – this is one of those times. Oh, beforehand, don’t forget to pop the popcorn, grab a cool or hot drink (whatever floats your boat), put your feet up, and enjoy the (truth-telling and bomb-throwing) show!!

VIDEO: Megan Fox sends her six-year-old son to school in a dress. Must virtue signal at all costs!

SIGNIFICANTLY and conclusively – though not one to mix apples and oranges – the ‘Gay Mafia’s’ reach is hardly a ‘Made in America’ scourge. Not at all. In fact, its tentacles swim across the pond and throughout the west. But if proof in the pudding is required, so be it.

NCCL REPORT: ‘WE CAN’T PROVE SEX WITH CHILDREN DOES THEM HARM’ – so sayeth Britain’s Labour-linked National Council for Civil Liberties!! Read it, but be prepared to ‘spit bullets’, so to speak. Yes, the mirror image of the fascist-left in America has entered the pedophilia fray!

{Did You Know? On April 23, 2019, a majority of State Representatives in the MN House voted to mandate (H.F. 1414) every Pre K-12 public/charter school to teach “Comprehensive” Sex Ed (CSE). CSE removes all natural and protective boundaries for children and teens, encouraging early sexual exploration in graphic detail.…See More} 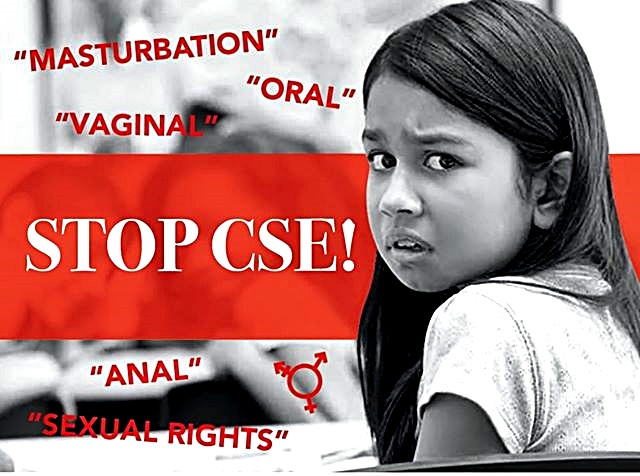