Justin Smith views warnings of an imminent economic crisis from billionaire investors. AND the so-called Green New Deal may make the predictions even worse. 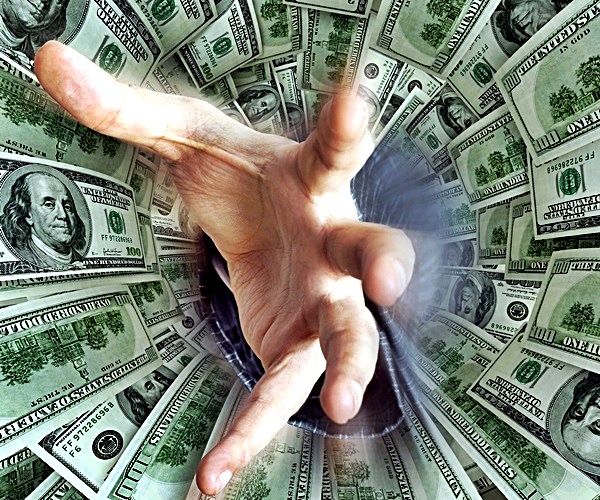 The End of the Line

The United States’ economy has surpassed all normal ebbs and flows, corrections, by approximately five years, since on average in each past cycle it rose for 56 months before collapsing. We’re about five years past that point and our economy is only now “cooling”. We’re just about due for another economic recession, if not a collapse that makes 2008 look small. We’re at the end of the line.

The U.S. spends almost a third of its revenue on interest payments alone, and it doesn’t seem like it can afford to pay much more.

In the short decade since 2008, the national debt, ever on the rise, has jumped from $10.6 trillion to $22 trillion. It also comes with a deficit that’s currently over $1 trillion currently. The interest payments alone may be forming a “black hole” from which the U.S. may never escape.

These facts alone should raise concern in any interested observer.

And now we see twenty-nine year old Alexandria Ocasio-Cortez, a product of the Puerto Rican Enlightenment and a Bronx resident, and other red, radical socialists like her in the House of Representatives, promising Pie-In-The-Sky Utopia for everyone. This makes her a danger to herself, her constituents and the nation, since she believes there isn’t any problem that a government program cannot solve, and she is already advocating for Medicare for all, a job guarantee, free college tuition, a green infrastructure program, and a squeeze the rich tax plan (70% for those making over $10 million).

Most political pundits say, “It will never pass … it’s crazy … it will harm the economy.” But, crazy plans that hurt the economy just might stand a chance at passing, since just over half the population in its entirety, and 51% of all Millennials, now have an acceptable view of socialism, some even embracing communism.

When existing laws of the land cause bankruptcy and chaos, people seem to look to legislate even more absurd laws, which is precisely how the first New Deal was pushed through Congress, during the panic and despair of the 1932 elections. And the New Deal gave President Franklin D. Roosevelt carte blanche to enact a series of costly programs.

A good guess is that the next economic crisis will be severe and long-lasting, too, as stocks fall hard and the economy goes into a deep recession.

“How did we get here”, one young lady recently asked me. Short answer: America has been guided to this point, by the consequences of the Federal Reserve Act, centralized banking, regulations, currency manipulation, devaluing the U.S. dollar, socialist initiatives in Congress to fast-track globalism, unfunded debt, monetized debt and acts of anti-American national sovereignty on both sides of the aisle who are intent on tearing apart the Founders’ vision and U.S. sovereignty, in order to pave the way for the globalists and their vision of a “new world order”.

The enemies of America, both foreign and domestic, have been working towards this goal for the past 120 years, and they have been working tirelessly and consistently towards leveling America’s power and wealth to the point She can be managed and coerced or forced to submit to the global agenda of the few power elite, the oligarchs of the world,

Mainstream media almost never hype a financial crisis, so it’s significant when they do. But when billionaires are sounding the alarm, you might want to pay close attention.

At least two billionaires are doing just that, starting with Baupost Group’s Seth Klarman. Baupost Group is a $28 billion hedge fund, and Klarman normally positions himself out of the limelight. His fund is only open to private investors, so he has little incentive to promote his brand to the public.

But recently, he felt the need to write a warning to investors about the global debt, with specific reference to the U.S., according to Sovereign Man:

In a 22-page letter to his investors, Klarman warned that government debt levels, particularly in the US (where debt exceeds GDP), could lead to the next global financial crisis.

“The seeds of the next major financial crisis (or the one after that) may well be found in today’s sovereign debt levels,” he wrote.

Even ignoring economic history, there are signs everywhere, as nearly every major asset class around the world, from stocks and bonds to real estate, is selling at nearly an all-time high at prices that defy common sense. This suggests the possibility of a big recession and market correction just before the 2020 election, giving the socialists a much needed crisis that could catapult them into a majority in both houses of Congress. And that’s why we should all be praying that if any coming recession must come, let it hit soon, so it can be properly addressed before it becomes a major election issue.

In the same letter, Klarman continued: “There is no way to know how much debt is too much, but America will inevitably reach an inflection point whereupon a suddenly more skeptical debt market will refuse to continue to lend to us at rates we can afford…”

Since the U.S. spends almost a third of its revenue on interest payments alone, it doesn’t seem like it can afford to pay much more.

And Klarman isn’t the only billionaire expressing unease. At the World Economic Forum [Blog Editor: WEFORUM – Globalization 4.0; Breitbart-Pompeo-Nationalism; New American-Merkel-Communist China-Globalist Agenda; & TheGatewayPundit-Ted Malloch-Criticizing Davos] in Davos, Switzerland, Ray Dalio, founder of the world’s largest hedge fund, said that debt would be to blame for the next downturn, which he believes will be bigger than the Great Depression.

“The biggest issue is that there is only so much one can squeeze out of a debt cycle and most countries are approaching those limits”.

You might think the U.S. government would do everything to curb this problem, but Uncle Sam’s total debt is rapidly approaching $22 trillion, and according to the Congressional Budget Office’s latest ten-year projection, it will be more than $33 trillion by 2029, with $1 trillion annual deficits set to begin again and stay above that for as far as the fiscal eye can see.

Skyrocketing debt, check. Deficit to match, check. Or will it be checkmate?

Although I’ve stated this twice before in this piece. let me reiterate — The U.S. spends almost a third of its revenue on interest payments alone.  America and Her people cannot afford to pay much more.

WE’VE ARRIVED AT THE END OF THE LINE.

Source links are by the Editor.