You should be wondering the same thing that National Security and Homeland Security experts are taking seriously.

Something Else To Fret About: ISIS Mounting Dirty Bombs On Drones 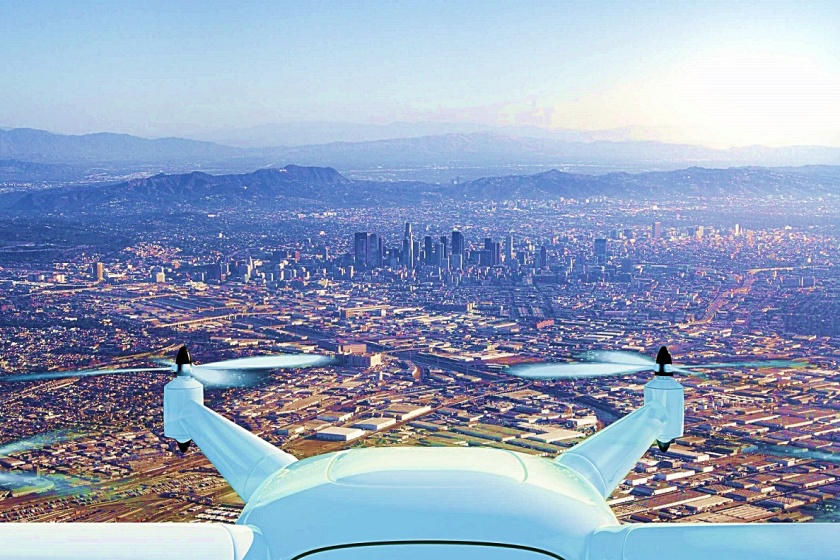 By Tim Johnson from Special to McClatchy Washington Bureau

Here’s a fear that keeps counter-terrorism officials up at night: Extremists might use drones to drop dirty bombs or poison on Western cities.

It could just be a matter of time before Islamic State fighters take drone usage from the battlefield in Syria and Iraq to urban areas of the West, security officials say.

“I understand that an openly available drone, such as a quadcopter, which is able to hold a camera, can drop some dirty explosive device,” Friedrich Grommes, Germany’s top international terrorism official, told McClatchy on the sidelines of a national security forum.

“Even if only a few people are affected, it serves completely the idea of terrorism,” Grommes added. The payload would be “something which is poisonous. It could be a chemical or whatever is commercially available.”

Concerns about such tactics grew after Australian federal police said on Aug. 3 that they had disrupted an Islamic State plot to build an “improvised chemical dispersion device” that terrorists sought to deploy in urban areas. Plotters aimed to spread hydrogen sulfide, a poisonous gas.

Such a flying dirty bomb could be attached to a drone and used in Europe or North America, counter-terrorism officials said.

“That technology hasn’t quite crossed the Atlantic. It actually hasn’t left the battlefield,” said Chris Rousseau, director of Canada’s Integrated Terrorism Assessment Centre, based in Ottawa.

Rousseau and other counter-terror experts spoke at the two-day Intelligence & National Security Summit 2017 in Washington.

After the panel, Rousseau spoke further about a drone carrying a terrorist weapon: “The question is at what point somebody’s going to get the idea to use that here.”

Extremists may not have the knowhow to manufacture deadly nerve or chemical agents, choosing simpler chemical components and combining them with an explosive, Grommes said.

“They will refrain from developing the complex chemical or biological attacks because they want to have the sudden spectacular blast,” said Grommes, who heads a directorate focused on international terrorism at Germany’s Federal Intelligence Service, known as the BND.

Counter-terrorism officials, speaking about other facets of the war on terrorism, said nations must not get complacent about a possible strengthening of al-Qaida, the extremist faction that launched the Sept. 11, 2001, terror attacks, eventually retreating from Afghanistan to the Arabian Peninsula and North Africa amid sustained U.S.-led military pressure. The group has been overshadowed by the Islamic State.

In a reversal of al-Qaida’s earlier tactics, Sheikh Hamza bin Laden, son of the deceased al-Qaida leader Osama bin Laden, called in May for the group’s followers to embrace the kinds of “lone wolf attacks” used by Islamic State, its bitter rival, in which jihadists execute terror operations acting largely on their own and without direction.

Experts said the latest crop of terror attacks in Europe were largely carried out by men afflicted by anger more than driven by religious fanaticism.

Attackers find an outlet for rage in radical interpretations of Islam, McGuinness said.

“They are looking for something and they stick a sticker on it and they find their justification,” McGuinness said. “Their grip on their religion is so superficial as to be less than what you’d get by watching a television documentary.”

“Religious ideology is very much the excuse,” Rousseau said, noting that little differentiates the anger of white supremacists and Islamic radicals.

McGuinness called on Britain’s allies to do more to remove radical Islamic content from the internet, where he said it becomes an echo chamber for radicals.

“People can radicalize very, very quickly,” McGuinness said. Just as some countries bar pedophiles from putting content on line, he said Western countries need to fight the presence of extremists online, “not allow them to be there.”

InHomelandSecurity.com is brought to you by American Military University | Online Degrees for Homeland Security Professionals

Check back daily for detailed analysis on breaking homeland security news from around the world.

We are always looking for guest contributions from professionals, experts in the field, and guest writers. If you are interested in becoming a contributor or submitting a guest post, you can learn more about the contribution process by visiting our Terms of Use page.

Permitted Usage of Our Information

You are welcome to use, for any lawful purpose, the information that is posted to this site, provided that you link to and attribute InHomelandSecurity.com and the author of the content. Any 3rd-party material linked to or referenced on this site is subject to the rights of the owners of that material.