Intro to ‘Love Bird Seeking Sanctuary in US’ 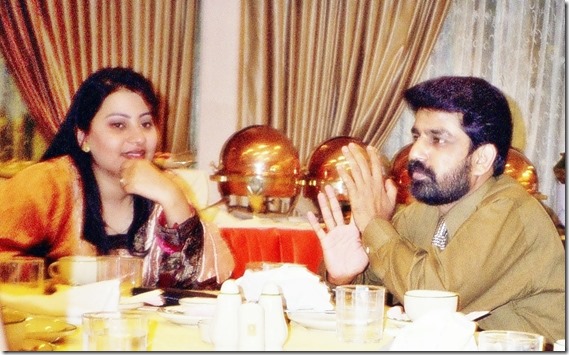 Shamim Masih writes about a scandal that apparently that is being ignored by the Christian community in Pakistan because of the tragic circumstances surrounding the assassination of Shahbaz Bhatti. Shahbaz indeed died a hero being assassinated by the Taliban for being an activist against Pakistan’s Blasphemy Laws. Shahbaz was the only Christian in Pakistan’s government Cabinet at the time of his assassination.

The scandal is Shahbaz Bhatti had a live-in mistress named Salma Peter John. Shamim provides a sympathetic and favorable link to a story and Vimeo video pertaining to Ms. John’s devastation over her sugar daddy’s assassination. I bluntly use the term “sugar daddy” because apparently Ms. John was a kept woman in Pakistan and Shamim wonders who is footing her bills in the USA where she is trying to attain political refuge.

Below is the video I placed on Youtube.  I believe you need to watch the video to see how the writer of an article on PakistanChristian.org obviously sympathizes with Ms. John while only slipping in that Shahbaz’s father was not pleased with the living situation with Ms. John:

Both Salma and Shahbaz worked tirelessly to see the sprouting of the largest political party of Pakistani Christians, formerly Christian Liberation Front (CLF) and later All Pakistan Minorities Alliance (APMA), grow in all four provinces. Their three-directional-love for persecuted Christians, for each other and for Cammy’s traditional father was constantly at odds with each other. (Shahbaz Bhatti – “Remembering My Cammy”; By admin; PakistanChristian.org; 2/27/14)

Love Bird Seeking Sanctuary in US

ISLAMABAD: Federal Minority Minister Shahbaz Bhatti was gunned down on March 02, 2011 by an extremist group in Islamabad. His followers planned to celebrate his death anniversary on Sunday, March 02 and his love bird (Salma Peter John) shattered her silence and shared a video link showing her unannounced relation with late Shahbaz Bhatti. She said, “Cammy was me and I was Cammy” (Cammy was Shahbaz Bhatti’s nickname). She claimed that she lived with him for fifteen years and so they had happy life but couldn’t manage to marry with Shahbaz Bhatti.

Salma worked as personal assistance – PA to Shahbaz Bhatti when he was Federal Minister for Minority Affairs. And that is what other knew about it……. A close circle of the minority minister was very well aware of his activities and thus others [were aware of] it as well, but didn’t disclose [the living situation]. On February 15, one of my articles was printed and my family friend wrote me that this article was great but I failed to mention Bhatti’s former “PA” fled to Philadelphia and is still living off another man supposedly active as a leader for Pakistani Christian cause. She mentioned that the big issue is why Christians should trust or respect these who not only deserted their own, but never lived a truly Christian life?

The real issue is the shame and scam these two brought on Pakistani Christians – but why no one wants to talk on that? If marriage is a Biblical standard and even more so a strong tradition of Pakistan, how could this “high profile” [couple] not be held to [Christian] standards? If a man loves and respects you he marries you – otherwise you are just being used. If the Bhatti family would not recognized her as even his partner in politics, much less romance, but [rather] wanted nothing to do with her, why should anyone else give her the time of day? And really when all is looked at what did S. Bhatti do to improve lives of Pakistani Christians?

From what I hear everyone knew she was S. Bhatti’s mistress, kept by him and that’s how she lived there. She is now shifted to the US but gets no dollars from the government until her asylum case is approved so she [can] get a car for a work permit. So how else is she living if not with and off someone else’s support or living on the savings from her time shacking up with Shahbaz Bhatti?

Everything bracketed is by the Editor. The resource links within Shamim’s exposé are by him.

Snapshot of Human Rights Activism from 2011

Editor: For Americans especially, I have discovered the best way to donate to Shamim Masih is via Western Union sending to a Western Union agent in Islamabad.