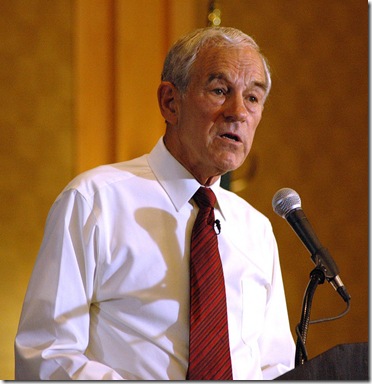 I am not a Ron Paul supporter! I love Paul’s agenda domestically and despise his agenda to diminish America’s military in Foreign Policy. As much as Paul claims he is not an isolationist the reality of his intentions will reverse the proliferation of American Exceptionalism that ultimately supports American National Interests by the display of the big stick.

That being said I have ran into information that anti-Paul Republicans combined from Romney, Santorum and Gingrich have been utilizing dirty trick politicking to delegitimize Ron Paul delegates in State Caucus proceeding across America.

As much as I am anti-Paul I also believe in the Biblical principle of reaping and sowing. Whoever wins the GOP nomination by sowing dirty politicking, will reap the harvest of dirty politicking. If some investigation can demonstrate the smoking gun proof of this it needs to be exposed with the appropriate consequences to follow.

The GOP will not win back the Office of President with dirty politics. Dirty politics is the practice of the Leftist Democrats. Part of dirty politicking is propagandizing against the other candidate’s dirty politicking. The Obama machine has the money and the power to make Left mud to stick in the public eye before the GOP would be able to.